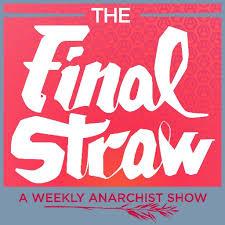 This week on The Final Straw Radio, we’re sharing an interview with two members of Rural Organizing And Resilience, or ROAR, an anti-racist and mutual aid organization that’s based in Madison County, North Carolina. Madison County is just north of Asheville and VERY Appalachian, with a small population that’s sparsely populated in remote hollers and small towns. For the hour, Matt & Janet talk about anti-racist organizing, community efforts, misconceptions about rural people and Appalachians in particular, radical history, harm reduction and material outreach efforts ongoing in Western North Carolina. You can find out more about their project and contact them via their website, https://ruralorganizing.wordpress.com

BRABC will have it’s monthly prisoner letter writing tonight, Sunday 12/2, at 5pm after the show. Come down to Firestorm to join in, materials and addresses provided.

Also, BRABC’s monthly showing of the Trouble mini-doc continues this Friday 12/7 with an episode on radical approaches to mental wellness. This’ll also happen at Firestorm books and Coffee, 610 Haywood Rd. You can check out all of the Troubles up at https://sub.media. This is the last episode of the season and they put out a special request for support, so check out the other stuff on their site while you’re there.

9pm, Monday, December 17 at the Crow and Quill bar, the Asheville Service Workers Assembly will host a Service Worker’s Night w/ The Carolina Catskins!
Come on out and meet your fellow service workers!

They’re hoping to create a space where folks can hangout and discuss shared struggle in a service work dependent economy, in a town that exploits us.

James Alex Fields, the neo-nazi who drove into a crowd, injuring many and killing Heather Heyer on August 12th, 2017 in Charlottesville, VA, is currently facing trial. If you’re in the area, show up and offer support to the survivors of his attack. Also, you can keep up on the trial by following @socialistdogmom on twitter or listen to their very compact podcast on the subject.

Jeremy Hammond, anarchist hacker behind bars for the Stratfor Hack has been placed in solitary confinement and is facing transfer for a supposed altercation with a guard. Now he’s missing his college classes inside, classes that would allow him to be housed at a lower security level an, and is facing a possible punitive transfer which would further disconnect him from that college degree he’s working towards. His supporters are asking folks to write him letters and cards to check in with him, not to send in magazines or books and not to write to the Warden.

You can write Jeremy at

Jason Renard Walker, has continued to face harassment by prison guards at the Ellis Unit in response to an article he penned about harassment he was facing from guards at the Ellis Unit for the November issue of the SF Bay View Newspaper. He was beaten by one guard as others stood by and watched. He’s been facing repression since at least 2016 when he voiced support for the Nationwide Prison Strike and has vocally resisted repressive measures by his captors in Texas. He’s seeking attention and legal support from the outside. We’re linking to his writeup of his experience published on the SF Bay View website.

A suggested script is posted in our notes:

“Hello,
I am contacting you as I have seen reports that inmate Jason Renard Walker, #1532092, has been attacked by staff at the Ellis Unit, and that he is now being threatened with a false disciplinary charge to try and distort the facts of the issue. I demand that there is a full independent review of all relevant surveillance footage, including any CCTV recordings from the cafeteria on the morning of November 23rd 2018 and the portable camera that was used to record Mr. Walker being escorted to his cell following the incident. Mr. Walker and all the members of staff involved, especially officers Pollock and Williford, should be given polygraph tests to determine whose version of events is more truthful, and all relevant witnesses should be interviewed. Mr. Walker reports that an inmate known as Fishtrap, along with another inmate who lives in B4, witnessed the entire scene.
Please be aware that the Texas Department of Criminal Justice may be held legally responsible for any harm that comes to Mr. Walker while he is in TDCJ’s custody.
Yours,”

Write to Jason at:

Finally, we just wanted to mention that The Final Straw has opened a webstore for our merch. So, if you don’t feel like sustaining us on a regular via our patreon but want to grab up some of our stickers, buttons, tshirts and more from us, check out https://thefinalstrawradio.bigcartel.com

We are also in the midst of an effort to pick up more radio stations that’ll air us, slogging through contacts state by state and reaching out to as many community radios as we can to offer our show for free and reach more remote areas with the voices we share on these broadcasts. If you have a suggestion, reach out to us via social media or find our contact at our website. The best method is for community radio stations to hear from a community member that we are wanted on their airwaves, so consider reaching out to your local station and passing on our broadcasting link, with all of the pertinent information for how to get ahold of our weekly, anarchist radio show!

We’d like to point listeners to an awesome piece of swag. With all of this craze around a certain NHL mascot and all of the deep critiques swirling upon their meaning and who owns them, some friends have designed a pretty sweet Gritty antifascist shirt. We usually wouldn’t shill anarcho-consumerism so hard, but it really is the season, no?