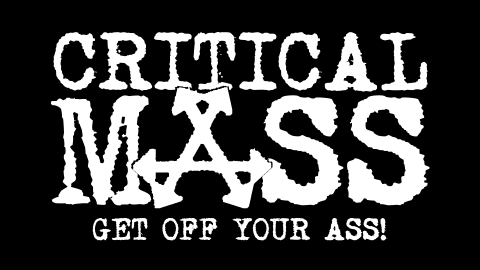 They’re on their feet and marching, we’re on our asses! Get out into the street!

Recently a lot has happened. Certainly any anarchist with eyes may have noticed that not only are the nationalists back (MAGA country being their base in America) but a lot of our fair-weather “allies” seem to have a lot more in common with them than with us– certainly they’re enjoying their company on twitter much more!

So here we are in 2020, anarchists in an increasingly nationalizing world. A listless malaise over many of us. A lot of us have turned into mere critics of the situation, commentators on the spectacle of daily life. We know we’re guilty of that too. Others work in coalitions under Marxist or NPO bureaucracies, unable to express anything spontaneous.

Beside the non-stop liberal doom and glooming about elections of all things, the Left is quickly accommodating itself to xenophobia and hate and the Right is leading the charge into ever more esoteric forms of bigotry.

It’s natural for a lot of us to be gripped with anxiety: it’s a scary and very serious world we’ve found ourselves in. It seems like everyone these days is our enemies, whether they’ll admit it or not. Anarchists stand on our own with no one to depend on for comradeship, which means anarchists are going to have to reorient our struggle to acknowledge this.

So then, what is our point? What are we proposing?

crit·i·cal mass
noun
1.PHYSICS: The minimum amount of fissile material needed to maintain a nuclear chain reaction.
2. The minimum size or amount of something required to start or maintain a venture.

When does a fire become a disaster? When does an angry mob become an insurrection? Is it the moment someone has had enough, or is that just the ignition point? Is it when it consumes the first building? The second? When it pours out over the streets? Could you burn down a whole system on purpose?

Critical Mass is a project to get anarchists out into the street and causing trouble. Every month until May Day there’ll be a new challenge which independent anarchists and crews will be able to creatively solve, naturally leading into higher levels of struggle with the systems of control with the intention of making an especially explosive May Day 2020.

• January (Tutorial): Inform other anarchists of the game. Make propaganda to spread and generally talk about it with others.
• February: Reach out to the general public about anarchy. Inform people about who we are and what we want.
• March: Create new means by which other anarchists can learn to form their own effective crews.
• April: Raise the heat! Small & symbolic attacks against institutions of control and nationalist formations.
• May Day: Insurrection time, baby!

As well as monthly challenges we’d like to propose “REAL Black Fridays”, an initiative to get anarchists into the street on Friday of every week. What do Real Black Fridays consist of? Whatever you want, you’re an anarchist after all! All we propose is that you make your existence as an anarchist visible and maybe make a few masked friends while you’re at it.

Give em a little one-two ;D

Anyway, we’re counting on you because otherwise we gotta do this alone and that’d suck.