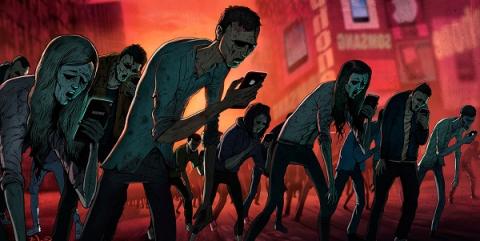 via act for freedom now!

Many who were driving home for Christmas (or on their relentless commute for the 9-5) will have been dazzled by the 2 huge LED adverts that light up the motorway (and the night sky beyond) in Bristol.

Bored of the false dreams and fairy lights, we damaged the the billboards by attacking the main mechanisms in the back of the glittery display.

We also smashed a computer console that is part of the spectacle.

Lots of people decorated with tinsel and trees…but we redecorated another billboard, this time by BT (British Telecom). Their new campaign reads “Open for Business: Not Attack”. We said: “Open to attack on all shit businesses! Anarchy!”.

While the country distracts itself with thoughts of a ‘Happy New Year’,and zombies wander the streets addicted to their smart phones…we prefer a more direct way to communicate. The Christmas period just means more isolation and time locked in cells for most prisoners.. Even when people are unlocked, they have to pay way more than the normal rate to make phone calls. BT make a huge profit from their prison contract and have the monopoly on all phones in UK prisons.

This action is a small nod to all those inside during this time of year…especially Kevan Thakrar and the Park Bench 3.

Fire to the prisons!

Banner Drop in Solidarity with Rojava by Anarchists in Indonesia