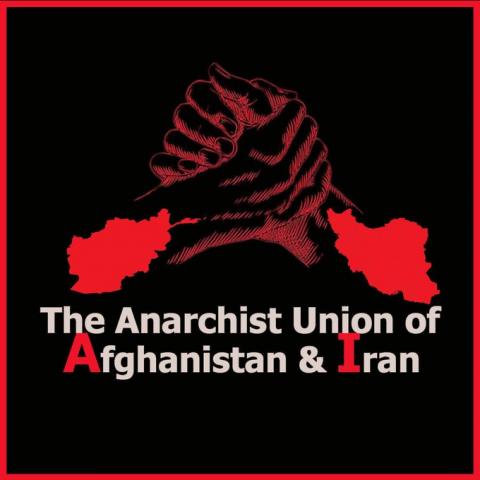 This week on The Final Straw we feature a chat with a translator of the Anarchist Union of Afghanistan and Iran to share perspectives from membership in Iran and abroad about resistance to the regime from within, solidarity from abroad, the impact of US Sabre-rattling.

An inspirational movement arose out of the Cold War period among anarchists who found themselves on either side of the international chess-board. In the US this was called Neither East Nor West. The movement published a journal called On Gogol Boulevard, which after 1990, lived as a column in Profane Existence (an anarcho-punk journal), Fifth Estate and other journals. This project seems to have existed for about 15 years, from 1980 to 1994. The Final Straw lost the opportunity a few years ago to interview a New Yorker deeply engaged throughout this project, Bob McGlynn, when he passed away. He was obviously not the only person involved, but sharing his experience and story is a missed opportunity on our part. A link to an article that McGlynn penned about the project will be linked in our show notes.

Today, we find ourselves as anarchists in the USA, 20 years into the so-called War On Terror. This war of destabilization has targeted criminalized populations in within the U.S. borders and has had massively violent and deadly consequences across the globe. What we call a War, for lack of a better word, serves to destroy, enslave, maim and kill animals, human and non-human, around the world. And throughout the whole of this 20 year period a constant boogey-man has been that of the Iranian state, whose people have lived under the varying pressure of US-led sanctions. The US war machine hovers close to shifting from it’s regional proxy wars and an active war with Iran as the Trump regime’s rhetoric and economic policy close around the throats of the Iranian people.

In the interest of international solidarity and understanding and the spirit of the Neither East Nor West, we are quite pleased to be having a conversation with people from the Anarchist Union of Afghanistan and Iran. In this conversation we’ll be learning about Iranian struggles and what solidarity from the West might look like. We hope that in the future we can talk more about the impact of the 20 years of war on the peoples of Afghanistan perpetrated by the US government and it’s allies and the work of anti-authoritarians on the ground.

More than 2000 people have been arrested on charges related to the Chilean uprising. To raise funds for arrestees mounting legal fees, comrades in Santiago had the idea to organize an international tattoo party fundraiser to raise money for legal funds and increase the coordination across territories. The date will be February 15th. Currently, events in Santiago and Atlanta GA have signed on and we are waiting for confirmation from Valdivia and Punto Varas. A flyer announcing the international tattoo party is forthcoming with more details on how we can link up the different events. The idea is to cross promote the different events to build a broader network, showcase different tattoo artists, and take advantage of our our shared capacity across territories.
Deadline to sign on is February 1st, email [email protected] to get involved

Comrades abroad are doing a campaign for the persecuted antifascists that are charged for the attacks of the offices of the greek fascist party, they will have to gather 30000 until 17/1. Show solidarity support/spread it!

Check out the support site for Chip Fitzgerald, Black Panther activist in the California prison system for 50 years now. Chip is an elder who has suffered a stroke inside prison and is sometimes confined to a wheelchair, often uses a cane and is the longest held Black Panther prisoner. He has served 3 times the usual sentence served for folks convicted of similar crimes and has been denied parole over a dozen times since he became eligible in 1976. More on his case and how you can help to bring this aging revolutionary home is up at https://www.freedom4chip.org/

both tracks are from Salome MC

Welcome to the 2020 Anarchist Bookfair in London