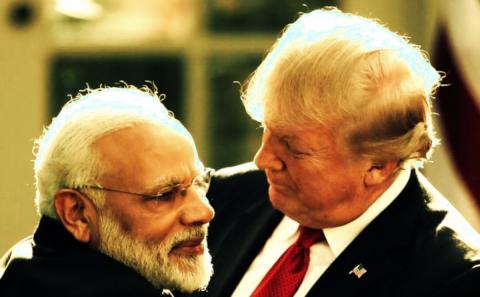 In this episode of the It’s Going Down podcast, we bring you an interview with Sarang Narasimhaiah, an anti-colonial anarchist, on the rise of Hindu nationalism and the far-Right in India. This ascension has been marked by the coming to power of India’s current prime minster, Narendra Modi, in 2014. During our talk, we cover the growth of far-Right nationalist politics, both within the State and as a street movement, its class breakdown, and its political goals and aims. We also discuss the current drive by the regime to make several million people across India, mainly Muslims, into non-citizens, and place them into mass detention camps.

Hey y’all let us stand in solidarity with our comrades in India! Modi’s fascist government must be called out and crushed! Come out and come strong LA! ??? Inquilab Zindabad!?❤️?share far & wide! pic.twitter.com/HINvI7268M

We then switch gears and cover the recent general strike, the overall state of the Left in India, both social democratic, socialist, and Maoist formations, as well as various autonomous social movements. We then touch on how new social struggles and waves of protest are erupting against new State legislation, centered around the Citizenship (Amendment) Act, which essentially excludes Muslims from Indian citizenship. Finally, we address the limits imposed on the new wave of struggle by wide spread adherence to doctrinaire non-violence.

Towards the end of our discussion, we flesh out the connections between the Modi government and both the Obama and Trump administrations, as well as the attempt by the latter to build a base of support for his policies among Indian-American Modi supporters. We end by talking about how anarchists, autonomous anti-capitalists, and antifascists can express solidarity with the growing fight against far-Right Hindu nationalism here in the US.