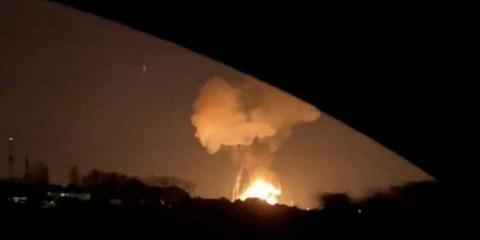 18.01.2020: The Şehit Sorxwin Roboski Revenge Unit have issued a written statement announcing that 3 members of the Turkish police were killed following a sabotage action against an armored police vehicle in Osmaniye. The statement from the Revenge Unit is as follows:
“Members of the Şehit Sorxwin Roboski Revenge Unit carried out a sabotage action against a scorpion type armored police vehicle on the main highway of Osmaniye’s Karaçay neighborhood on January 16th at 20:30PM. As a result of this successful sabotage action, 3 police officers were killed and 2 others were injured.
The police, who are affiliated with the Kurdish murdering AKP government, sealed off the scene with curtains in order to hide their losses. Reports of the “dead and wounded” that appeared in regional media and on TV news were removed by the Turkish state.
As the Şehit Sorxwin Roboski Revenge Unit, we will continue to expand our revenge actions until we realize the dreams and goals of our martyrs.”
(via Nûçe Ciwan, translated into English by Anarchists Worldwide)

THE GROWING ANTI-CURFEW MOVEMENT IN QUEBEC

Land of love and freedom