Anti Government > Uncategorized > A Better Body Is Possible. These Anarchist Biohackers Want to Build It 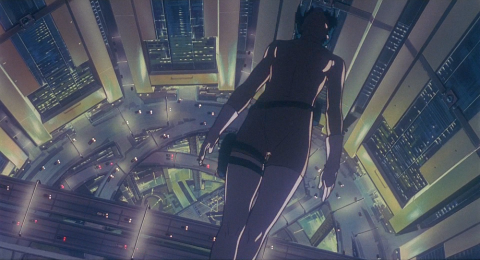 Instead of trendy magnetic implants, the biohackers at ‘Please Try This At Home’ want to make biomedical bureaucracies obsolete.

Walking into “Please Try This At Home” meant walking into a conference nothing like any I’d been to before. Instead of a bright, shiny convention center, I found a community center, jammed with writing sheets and tables and food and hubbub. Instead of suited salespeople, I was surrounded by an overwhelming rush of diverse and joyous bodies. The event was a gathering of “Anarchotranshumanists, Xenofeminists, and Queer Cyborgs” who spent a weekend trying to imagine and build something better than the medical system marginalized bodies are frequently harmed by.

I often joke that there are two types of trans people: the kind who are anarchists, and the kind who haven’t tried to come out to their doctor.

It’s an over-simplification grounded in reality. The fact of the matter is that healthcare in the United States is broken by default, and it’s entirely and comprehensively fucked for anyone outside that default. For transgender people, accessing healthcare is necessarily more difficult within a system that frequently subjects trans people to gatekeeping and discrimination merely for existing. Similar barriers and disparities exist if you’re black or disabled, making the healthcare system especially perilous for people who fall into multiple boxes outside the white, cis, and able-bodied norm.

This justified mistrust of powerful biomedical institutions is what leads many trans people to autonomous and community-oriented politics, centered around the notion that we can’t trust anyone but ourselves. It’s also what led to the conference—and led me to the conference.

Just as traditional medicine has its biases, so too does biohacking. People who self-describe as “biohackers” and run biohacking events tend to be white and middle class, and are frequently more interested in questions of theory or chic “tryborg” stunts than in the material needs of marginalized people. Often, the result is conferences filled with white academics discussing magnetic implants in a building that isn’t wheelchair accessible.

PTTAH is trying something different. As one of the organizers noted when I spoke with them, it’s guided by an emphasis on “accessibility and inclusivity, particularly for folks who don’t usually come to other biohacking cons.” There was a dedicated sensory room for people who needed time away from the noise and bustle of a conference space, and the venues were intentionally picked to be accessible by people with wheelchairs or other mobility aids, for example.

Now in its second year, PTTAH was organized around the change its participants want to see in the world. Part of that meant that the conference was not “run,” but co-created—kind of like a biohacking potluck. The explicit goal was to ensure that attendees, rather than organizers, had control over the content available. This resulted in a much wider range of voices deciding what got on the schedule, and correspondingly, a much wider range of perspectives represented, discussed, and addressed. And that, ultimately, was what it was all about: autonomy in determining what happens to your body, how it’s shaped, and how it moves in a space.

One example was the materials being distributed by Power Makes Us Sick (PMS), a research group focused on developing practices around autonomous trans healthcare. PMS’s work is designed to be shared widely, remade by anyone with a printer, and contributed to by anyone who wants. The result is links to sources of no-questions-asked estrogen, synthesized by trans people for trans people; narratives and stories of navigating and bypassing medical gatekeeping in a range of countries; advice on surgery prep not just for the person being operated on but community members who want to support them. It’s about separating medical needs from hierarchy, and infusing that hierarchy with community wherever that can’t be done.

The focus of the session “I took my surgically removed organs home in a snow globe and maybe you can too” was, as the title suggests, on sharing knowledge about how to get doctors to let you keep your removed body parts. Several audience members had kept theirs, and joined in for some questions and answers, and the speaker provided a “teaching aid” which was passed around the room: their testicles in a snowglobe.

“Here are my balls in a jar” might sound like a flippant frame for a talk, and very different from autonomous trans healthcare, but to me they’re part and parcel of the same thing. It matters that we can keep our organs, because behind that practice is the finding and sharing of paths through medical bureaucracy, and new techniques to evade control.

When I spoke to the presenter (who wishes to remain anonymous) about their motivations, they made clear that to them, it was ultimately about allowing people to have these options.

“People care about what gets done with their bodies in a lot of different ways for a lot of different reasons,” they told me. “It bothers me that people are having their freedom to choose taken from them when they might, for whatever reason, be invested in making their own decision that’s different from the one that’s seen as the default.”

All of this work highlights the importance of building spaces and sharing medical knowledge outside the normal, gate-kept institutions of healthcare. When we’re unable to afford medicine, it matters that we can make our own insulin. When we’re used to being treated by doctors like a sack of disposable parts, it matters that we can literally seize our body back from them—in a jar or otherwise.

More vital, though, is the community that is formed as a result: a collection of people normally disincluded from the discourse around medicine and biohacking. I watched bearded mutualists seeking a stateless society chat with trans social workers building community-based care networks to provide post-surgery care on the patient’s terms; autistic philosophers sit down with bioscientists. The point of the conference is not just watching talks, but the potential for new communities, collaborations, and networks of resistance.

Os Keyes is a researcher and writer based at the University of Washington, where they study gender, technology and (counter)power. Their current projects cover facial recognition, critical tactics for technology, and the consequences of classification.

This article originally appeared on VICE US.