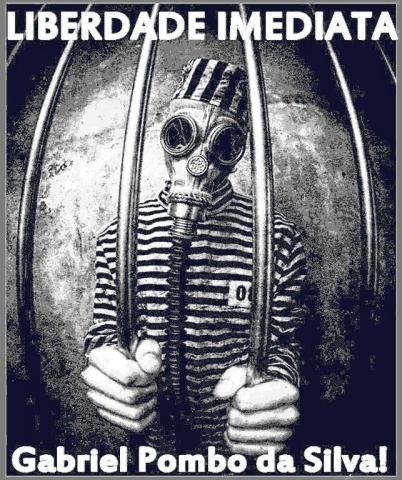 We have received news of the arrest of anarchist comrade Gabriel Pombo da Silva, who as some of you would know, had been in hiding for about a year and a half.

We send the comrade our warmest and most sincerest, hugs, and for comrade Elisa and the others. The comrade’s clandestinity may be over, but the solidarity is not.

THE CLANDESTINITY OF ANARCHIST COMRADE GABRIEL POMBO DA SILVA IS OVER

After a year and a half in hiding, this morning, Saturday the 25th of January, they arrested comrade Gabriel Pombo da Silva in Portuguese territory.

With an international arrest warrant, of course, pending a sentence of more than ten years (a personal vendetta converted into legal “details”), Gabriel continued to fight and make his own contribution to the anarchic struggle via his texts. He is currently being held in a cell at the judicial police in Porto, awaiting his appearance this Monday at the courthouse where his possible extradition to Spain will be discussed.

Gabriel is well and quite calm despite everything.

We will continue to provide updates.