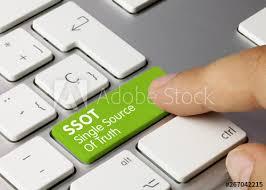 By now we’ve all heard John Zerzan’s weekly sermons on the dangers of post-modernism lambasting the lack of stable truth and values in our lives. The obviously ideological nature of JZ’s position makes it seem simple enough to disregard for those of us who find no appeal in Truth, he fits the image of mad-eyed (or at least bloodshot) prophet well enough to cause most non-true-believers to avoid his camp. Yet, I think more anarchists agree with at least part of his position than would like to admit, on some less-than-conscious level I might as well.

Coming into Anarchism, for me, felt a bit like finding pieces of truth, or at least realizing that what I had seen as True was actually contingent and mostly just convenient. Democracy wasn’t actually the highest form of engagement, Capitalism wasn’t inevitable, mass-society wasn’t exactly awesome. Some positives surely slipped in with these negatives as well, namely ideas like humans crave autonomy, freedom is of the highest importance, etc. Finding these stories made it feel like I was approaching a more realistic, informed view of my life and of the world. However part of bringing Anarchism further into my life has been questioning these positive (and negative) stories, and though I’m only at the beginning of that journey I’m interested to hear how others are also doing this, or how others think it is wrongheaded.

What do you base your Anarchist project/life on if not capital T-Truth? Are we forced to choose between Objective Reality and caricatured post-modernism (nothing is true, everything is permitted)? Is Anarchy at least partly, if not entirely, allowing for the proliferation of stories? Of small t-truths? What uncomfortable positions are we forced to take if that is the case?

Call to protest on July 2-3