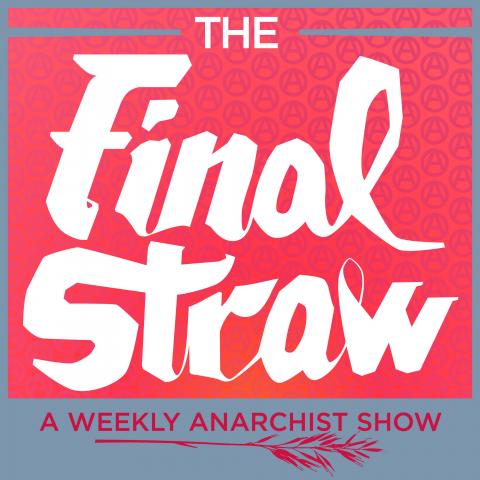 First up, we’ll hear Josh Harper, a co-defendant from the SHAC7 case and former political prisoner talking the struggle to shut down the company, Huntington Life Sciences, a contract animal testing laboratory, in the early 2000’s in the so-called US. Josh talks about the case, his post-release experience, archiving the history of earth and animal liberation with The Talon Conspiracy (currently on hiatus) and some views of moving forward. Josh and the other co-defendants are the focus of a recent documentary film called ‘The Animal People’, which is available on all of the paid streaming sources, which speaks with participants in the case and their prosecutors, plus journalists like Will Potter who documented the Green Scare. Gut wrenching is a great descriptor for the film.

Check out our early interview with Will Potter on ‘Green Is The New Red’ and consider listening to the recent episode of the IGD podcast with Josh Harper and Andy Stepanian for a larger assessment of the Animal Liberation movement and more.

Then, you’ll hear the voices of three warriors who were on the barricade on the road to Unist’ot’en Camp at the Gidimt’en Access Point. Eve Saint (Wet’suwet’en land defender), Anne Spice (Tlinket land defender) and Shilo Hill (from Onandaga nation, Haudenosaunee, Six Nations) were there to defend unceded Wet’suwet’en land from the Canadian state’s violent imposition of the Coastal Gas Link pipeline. They talk about what brought them to the Gitdumden Access near so-called Houston, BC, the buildup to the impending raid by RCMP troops, indigenous sovereignty, land and water defense, the long road to decolonization and the importance of outside support and solidarity from indigenous and First Nations peoples and their allies and accomplices.

On Thursday morning, the day after this recording, at about 5am Pacific, the RCMP began their raids and arrests in an attempt to impose the injunction and clear the land and water defenders from the Wet’suwet’en lands. Media have been detained and released and at the time of this publication, 6 land defenders have been arrested and refuse to sign and conditions imposed by the Canadian state and so are still in state detention.

Members of the Wet’suwet’en First Nation are asking for people to take solidarity action in support of their autonomy. Solidarity actions have looked a lot of different ways in the last few months across Turtle Island, so-called USA and Canada. Take a moment and listen to your heart, find your friends and do what you think needs to be done to get the ball rolling.

You can keep up with news at the Unis’tot’en Camp website (Unistoten.Camp) or on fedbook, YouTube and twitter, Wetsuweten Access Point at Gitdimten fedbook and instagram or at the sites Yintahaccess.com and Likhtsamisyu.com, all of which will be present in our show notes. You can also keep up on solidarity actions posted on the Montreal Counter-Info site (MTLCounterInfo.org), North Shore Counter-Info site (North-Shore.Info) and ItsGoingDown.org

To hear a few audios we’ve released, including with Delee Nikal and Mel Bazil of the Wet’suwet’en community, Chief Smogelgem and two other members of the Likhts’amisyu clan you can visit our site.

The Anarchists versus the Plague