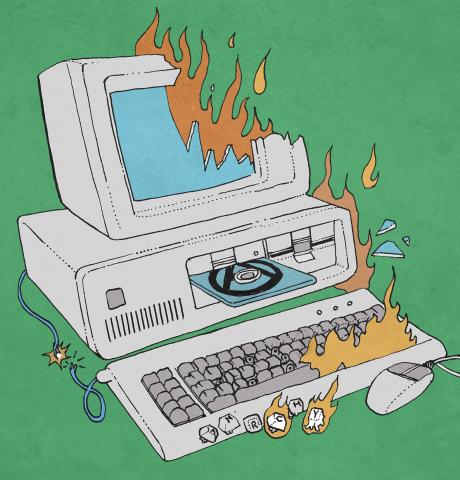 Revolutionary syndicalism and anarcho-syndicalism, the best compasses for workers in struggle! —- The current movement revives the original foundations of unionism: a class unionism ready to break with employer exploitation and state domination. Since December 5, the message carried by all has become increasingly clear: Class Unity, Direct Action and General Strike, the three bases of our revolutionary unionism. Its objective, to build a society of social justice and radical equality: Libertarian Communism. —- Like our comrades from the CGT RATP Bus Pleyel, we share the charters of Amiens, our most expensive shield and our keenest look at what we want! —- – To be disseminated as much as possible – —- the Amiens Charters in the text: —- “The CGT groups, outside of any political school, all workers who are aware of the struggle to fight for disappearance of workers and employers “. —- The Congress considers that this declaration is a recognition of the class struggle, which opposes in the economic field workers in revolt against all forms of exploitation and oppression, both material and moral, implemented by the capitalist class against the working class. The Congress specifies, by the following points, this theoretical affirmation: in the daily claiming work, the trade unionism pursues the coordination of the workers’ efforts, the increase of the well-being of the workers by the realization of immediate improvements, such as reducing working hours, increasing wages, etc. But this task is only one side of the work of unionism: on the one hand it prepares for complete emancipation, which can only be achieved by capitalist expropriation, and on the other hand, it advocates as a means of action the general strike and it considers that the union, today resistance group, will be, in the future, the group of production and distribution, base of social reorganization.

The Congress declares that this double task, daily and of the future, stems from the situation of wage-earners which weighs on the working class and which makes all workers, whatever their opinions or their political or philosophical tendencies, a duty to belong to the essential grouping that is the union.

Consequently, as far as individuals are concerned, the Congress affirms that the union member is entirely free to participate, outside the corporate group, in such forms of struggle corresponding to his philosophical or political conception, confining himself to asking him, in reciprocity, not to introduce into the union the opinions he professes abroad. With regard to organizations, the Congress declares that in order for trade unionism to reach its maximum effect, economic action must be exercised directly against employers, the Confederate organizations not having, as trade union groups, to be concerned with parties and sects which, outside and alongside, can freely pursue social transformation.