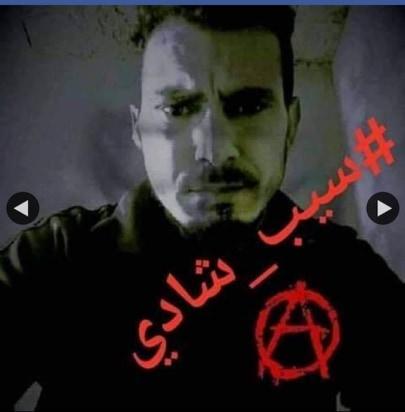 Tunisian anarchist Chadri Sdiri was sentenced to a five months suspended prison sentence for a Facebook post in favor of revolutionary violence.

On Wednesday, February 12, Chadri Sdiri, a Tunisian anarchist wrote a text on Facebook describing the concept of “proletarian revolution.” He was arrested the same day, and he appeared in court on Monday, February 17. During the trial, a book on the municipality of Paris, as well as the books of Garcia Lorca were presented as evidence. He was finally given a suspended 5-month prison sentence.

Here is a translation of the post in question:

“One can only claim to be from the Left if he does not disassociate himself from revolutionary violence, from the destruction of the established order, from propaganda by the deed, from the annihilation of the institutions of Capital and of those who fill the bandages on the backs of the destitute, incendiary acts against the militia of power or other similar actions, targeting the wealthy, these usurpers who go so far as to steal the sweat which pearls on the forehead of the proletariat.

One can only claim to be from the Left if he who, valiant, will offer victory to the poor, to workers, to farmers, to the unemployed, to those who get drunk to forget, to migrants and to those who steal or sell a few bars [of hashish] to survive.

One can only claim to be from the Left if he carries within him the flame, the ash and the smoke.

One can only claim to be from the Left if one is a curious soul that seeks information, who debates, questions, analyzes. The one that challenges anyone, be it God or Master, to get an answer. The one who takes the street to find her comrades and to raise the flag there. Whoever writes, who recites verses on the front of the stage, who paints, photographs and sings the People… and the Revolution!”

Ross Ulbricht and the Courage to Break the Law