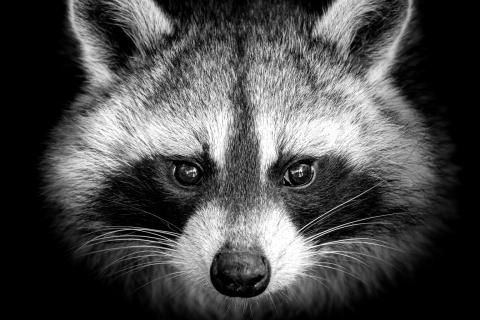 How do we write the obituary? How is it that we are to, in what is supposed to be a form typified by brevity, attempt to summarize the complexity of a life, the conflicts present throughout that trajectory, the impacts one has on others, the microscopic resonances one has? In many ways the task is an impossibility. In all of the chaotic contingencies of life we all function as mechanisms of effect and affect, of small modifications to the dynamics of history, which occur on a constant basis, especially when one lives with a force, with a blazing intentionality and focus, with the chaos of an antagonist. It is all the more difficult when that chaotic contingency is enmeshed with a personal project which aimed to unleash chaotic contingency.

In a lot of ways North American anarchism would not be what it is today without Aragorn and the projects that seemed to consistently emanate from his mind and efforts. When many of us, now on the older side of those in the community, decided to plunge headlong into the beautiful idea, there was no space for us. Many of us were too “undisciplined” for the platformists, too experimental and direct for the generations before us and too dedicated to the fight for autonomy to allow ourselves to be subsumed into ideological categories. We were influenced by punk more than Kropotkin, more influenced by squatter and traveler culture than the unions, more devoted to the unleashing of contingency and chaos in the streets than we were to building the organization, One Big Union or the federation. We were questioning the traditional assertions of anarchism, the simple ideological reductionisms that seemed to typify the discourse, the fetishization of historical events and the assertions of movementism and the politics of mass. We were stuck between the insistence on rigidity that was coming from the more traditional amongst us and the wariness many of us had about the equally rigid platitudes coming from the hardcore primitivist scene. We had no home, no space to call our own, no where to confront one another, push one another further and find our footing.

The pages of AJODA, Little Black Cart and Ardent Press publications and the discussion forums of Anarchist News became the space of germination for many of us, a home that we could build on our own within the spaces so lovingly set up by Aragorn and others. These became our spaces of encounter when those spaces were few and far between in material space. These became the sites of our initial interventions, our arguments and our drama, our infighting and the process of making up. These projects, though they were not started by us, became our spaces, not out of seizure, but by design; spaces constructed by another, but intentionally given to us as a gift or a gesture. It was from these spaces, and the innumerable other spaces that spun off from these spaces of encounter, that the discussions about strategy, action, patience, challenge and theory departed, and it was through these spaces that many of the dynamics that would remake anarchism in the 21st Century found their points of departure, even many of those that ended up in conflict with others. There is almost no way to overestimate the impact of these projects on us, on the culture around anarchism and on the individual I’s that formed these spaces; for many of us the existence of these spaces of wild contingency, where chaos was prized and encouraged, literally saved us.

In the obituary form we are supposed to simplify legacies, to focus on the positivity of a legacy, to only mention the niceties of life and to let all other dynamics fall to the wayside, only to have them discovered later through the lens of historicism. But, it is impossible to overlook that underlying all of the work that A! Did, he was an antagonist, but in a very particular way. Unlike those that can be called trolls (an accusation that was often levied), A! definitely existed to push all of the buttons, cross all of the lines and to try to force the important discussions to occur, not to cause grief or to force pointless conflict, but to cause a sort of exposure, to force concepts and ideas that we had all held out of the inertia of assumption to be forced to the surfaced, questioned and, if necessary, jettisoned. He was willing to sacrifice his reputation, at times, goodwill and even relationships if it meant that the critical questions would be asked.

At times this was done antagonistically, and not always flawlessly, which leads to complications in the discussion of legacy. But, even at times in which he would admit mistakes were made, or things were not handled as delicately as they could have been, and even if one did not agree with the methods, the goal was always clear; to force the hard discussions, to force us to break with, or at least critically analyze dynamics that we all have at times taken for granted. Of course critiques of the specific methods or process can be levied, but it is not possible for us, as anarchists, to ever push back on the fundamentally critical role that discomfort, challenge and antagonism play in the whole anarchist project. This was an antagonism that operated in the form of a surgical approach, not necessarily always in its precision, but in the sense that sometimes painful processes that involve traumatic reconfigurations are ultimately what is required.

This antagonism knew few limitations, if the elimination of the limit served to advance the discourse, widely prevailing approaches and their wider context. Often in radical milieus we tend to cluster, to find those that we find agreement with, to exist in simplistic environments hermetically sealed off from the spaces that we have chosen to exile ourselves from; we become enmeshed with the symbolic, the self-reinforcing, the comfortable. Aragorn’s use of rhetorical conflict functioned as a mechanism that prevented comfort in isolation, that always called us to push ourselves further, encouraged us to question core concepts (like the whole idea of revolution or the tendency to assume a posture of action at all times), to reconfigure our understandings and challenge our assumptions. This was at times painful, rage inducing and difficult, but the difficulty was often met with new spaces being created, new voices rising to challenge those of us that had a clear, loud voice in the discussion, and new approaches rising from the sometimes destructive process of tearing our idols to the ground, over and over again.

Aragorn, later in my life became a mentor when I needed one, a person with whom I could discuss the hard things in life, the more personally existential questions I was struggling with around concepts of home and directionlessness, a person that I could complain to and hear gossip from, keeping me connected to a world that I felt disconnected from for a period. He elevated my voice when I felt like I was screaming into the wilderness, when I felt the most discordant, when I felt as if the home that had defined so much of my adult life had vacated the spaces that I was still occupying. His influence on this life cannot be summarized purely through the concepts of mentorship, friendship, inspiration and influence; he was striking out on an uncharted path, trying to figure out how we persist as we age, as we mature, as we become the more fluid, less rigid forms of ourselves that we become as experience overwhelms the simplicities of theory, he was showing us that a way forward was possible. It is on this level that I will miss him the most, even if our encounters had become less and less frequent over the years, and it is on this level that I feel his absence the most intensely today.

Of course, no amount of writing could ever summarize a life, especially one which left as much behind as A!. No amount of pontification about importance will ever overcome the tendencies that we have formed around death, to speak of life in the un-nuanced utterances of uncomplicated and positivistic brevity. No narrative can ever encompass the myriad of reflections, feelings, grief processes and processing that many of us are trying to feel our ways through right now, nor would I ever attempt to do such a thing. That task is an impossibility, nor would I ever feel as if any one of us could ever accomplish even a part of this uncompromisingly difficult attempt. Nor, is this a task that we should even attempt to undertake, lest we fall back into the idea that life is uncomplicated, simple and unitary in its impacts; lest we fall into the worst tendencies of historicism. We have to allow this life, like others, to remain largely unspoken, to allow space for the myriad of expressions that come from death, to allow for all of the reflections and reactions to find their oxygen, their air, and for all of the questions that emanate at moments like this to find their voice. On many levels Aragorn’s death, just like his life, is forcing a lot of questions to be asked, at least for myself and others, around life, death, legacy, succession and the complexity of a life; and it could be no other way.

Aragorn, I will miss you deeply (even though I know speaking to the dead is pointless). All we can do is to figure out how to critically carry on the torch that was so graciously lit for us all those many years ago.