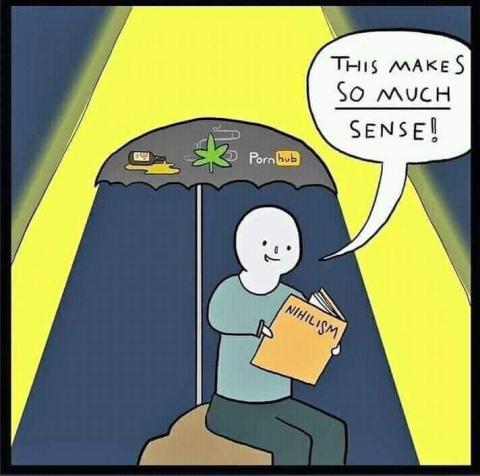 Welcome to the Spring 2020 edition of What’s New With Little Black Cart. For those of you who are just meeting us, Welcome! Little Black Cart is an experiment in anarchist publishing. We have published over 100 titles, some historical, some topical, some important, some scandalous, and all from our process of semi-autonomous anarchist collaboration. We print our own books (as in we have our own print shop), erratically distribute, and do what we can to make meaningful content that we share with you.
This “What’s New” is unlike any we have published before as this February brought an overwhelming disruption to Little Black Cart. Death visited us leaving sadness, mourning, change, and, we hope, also renewal.

On the passing of Aragorn!

It seems the whole world knows by now, but to avoid being presumptuous and for those of you who missed the news, our friend, partner in crime, and co-founder of Little Black Cart, Aragorn!, walked on late in the evening of February 13. Many, many of you left wonderful heartfelt memories and tributes to him in various places around the internet. Know that between us we read them all. They were the source of much laughter, many tears (a lot of tears), and reflection. We had the privilege of living and working with him every day and are acutely aware of the impact he had. It was amazing to see others share similar stories of how he touched their lives, some who knew him, some who spoke to him just a few times, some who never actually met him. Regardless he has left his imprint on North American Anarchy. Good or bad, love him or hate him, his absence will be noticed and he will be missed. The anarchist memorial for him will be at the Humanist Hall in Oakland, Sunday, July 12, 2020.

From a particular vantage point, LBC is not very big. We accomplish a lot with fewer resources than we would like, but this makes every resource we have matter a great deal. Losing Aragorn! is not only a tremendous blow emotionally but it shakes up our little organization fundamentally. Aragorn! was our front man. He was the face and the name of LBC. To many, he was LBC and it was a common misconception that he made LBC decisions entirely on his own. He also managed most of our relationships with writers and collaborators. He flexed his thirty years in Anarchist politics and committed to traveling to keep in touch with people, bringing us writings from all over, much of which we turned into lovely printed works and put in your fine hands. We have been pondering what Little Black Cart is without him. Should it be without him? What does it mean to lose him-as-that-persona? What does it mean that the people who have stood in the background, partially or mostly hidden, will have to step into the harsh light of the internet? What does it mean to become known? These are just a few of the questions we are struggling to ask and answer.

What’s Next for Little Black Cart

While we don’t have all the questions, much less all the answers, we have decided that Little Black Cart will indeed live to print another day. We have a back catalog of over 100 titles, as well as many pamphlets, that in the short-to-midterm we are going to continue to keep in circulation. We will not be able to maintain the publishing schedule that A! pushed for, so we will probably cancel our accomplice program. In the good news column, we are going to continue with the Internship program, and perhaps expand it to include residencies, so that people have time to actually settle down and produce things of their own, which was always part of the goal. We have always agreed with Aragorn! that to make sure we aren’t just the same voices having the same conversations over and over again, we have to bring in fresh perspectives and provocations.

We have a few books that are in varying stages of completion, including one that will remind people of Nechaev, a short piece from Dauve (who is funny as well as thoughtful), and a second title from Sean Swain, who gives us a deep dive on the state of Ohio in all its complexity as a lens on State building in genral. Plans for a second book of selections from Green Anarchy magazine (that was planned back when the first one came out, but never happened) that reflect more of the comedy than there was room for in the first collection, and another book collecting essays on the poverty of an endemic framework for politics and some suggestions for a better paradigm (or two!). More details to come, obviously.

We are going to turn our attention to challenging ourselves in ways that we were content to be lazy before, not looking back at the great strength we have all lost. We ask you to be patient, while we continue to gather ourselves, while we pick up steam, while we wait for the very real world (of estate law and hospital bills, for example) to come knocking in the next month. Keep your fingers crossed as we wait to see exactly how much of us they will chew up and swallow and whether they leave anything left on the plate.

So What About You?

Many of you have asked what you can do to help. We encourage people to come to the memorial in July. Introduce yourselves and share your stories with us. Many of you have offered donations to help with any or all of the expenses we are covering. We are pondering this. Donations for the excellent memorial flower display is one option. Other decisions will have to wait until we know how much the state and hospital will be taking.

But certainly if you are interested in being an intern (and like dogs) and want to get time and space to work on your own anarchist project, now is a good time. Come be a part of shaping the next incarnation of Little Black Cart. We have an opening starting January 2021. Oh and remember that thing you were always saying you were going to write but never got around to? Get in touch with us, talk to us about your idea, we can help with how to think about it, how to present it (in content and form), provide structure for actually doing the work, and more.

We hope to reopen the website in the next couple weeks, and we will be at the Bay Area Anarchist Bookfair April 25, in Oakland.

Most importantly thank you all for being you, for being in our world, for supporting us and our hare-brained schemes over the years. For continuing to show up and see what we were going to do next. For listening for our voice in the crowd and following it, even if you weren’t sure where we were taking you. We plan–with our different, sometimes quieter (but often just as scathing) voices–on maintaining Little Black Cart as a meaningful and potent voice in the mix.

Don’t look away for too long, this is where the good part starts.

Dundee Anarchist Bookfair is happening on the 14th of March!

The Anarchy of Beginnings: Notes on the Rhythmicity of Revolt