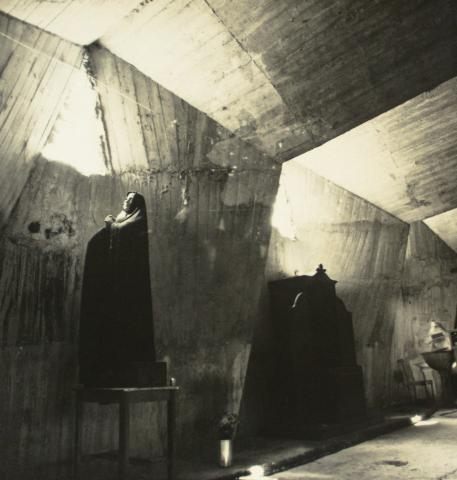 Challenging the danger posed by the coronavirus is surely absurd. But, on the other hand, isn’t it just as absurd that a disturbance in the habitual course of illnesses has become the object of such intense emotional exploitation and mobilizes the same arrogant incompetence that years ago kicked the cloud from Chernobyl out of France?2 Certainly, we know the facility with which the specter of the apocalypse comes out of it box to seize upon the latest catastrophe, patch together the imagery of a universal deluge and plunge the plowshare of guilt into the sterile soil of Sodom and Gomorrah.

The divine curse served to help power. At least it did during the Lisbon earthquake of 1755, when the Marquis de Pombal, a friend of Voltaire, took advantage of the event to massacre the Jesuits, reconstruct the city according to his conceptions and gleefully liquidate his political rivals through “proto-Stalinist” show trials. Odious though he was, Pombal shouldn’t be insulted by comparing his dictatorial feat3 with the impoverished measures that democratic totalitarianism is applying globally to the coronavirus epidemic.

It is cynical to impute the propagation of the scourge4 to the deplorable insufficiency of the medical means being used! For decades the public welfare has been compromised, the hospital sector has paid the costs of a policy that favors financial interests at the expense of the health of the citizens. There is always more money for the banks and fewer and fewer beds and caregivers for the hospitals. What acts of buffoonery can continue to hide the fact that the catastrophic management of catastrophe is inherent in globally dominant financial capitalism, which today is combated globally in the names of life, the planet and the species to be saved?

Without falling into any rehashing of divine punishment (the idea that nature is ridding herself of humanity as if it were an unwelcome and harmful pest), it isn’t useless to recall that for millennia the exploitation of human and terrestrial nature has imposed the dogma of antiphysis,5 of anti-nature. Eric Postaire’s book, Les épidémie du XXIe siècle, published in 1997,6 confirms the disastrous effects of persistent denaturation, which is something that I’ve denounced for decades. Evoking the drama of the “mad cow”7 (foreseen by Rudolf Steiner in the 1920s),8 Postaire recalls that scientific progress, in addition to disarming us against certain illnesses, can also cause decades of them. In his plea for a responsible approach to epidemics and their treatment, he incriminates what Claude Gudin calls “cash register philosophy” in his preface to the book. He asks, “doesn’t subordinating the health of the population to the laws of profit, to the point of transforming herbivore animals into carnivores, risk causing catastrophes that will be fatal to Nature and Humanity?” We know well that the rulers have already responded with a unanimous YES. But what importance does this have when the NO of the financial interests continues to triumph cynically?

Was the coronavirus really necessary to demonstrate to the most narrow-minded among us that denaturation in the service of profitability has disastrous consequences for universal health, which is managed without distress by a World Organization whose precious statistics compensate for the disappearance of public hospitals? There’s an obvious correlation between the coronavirus and the collapse of global capitalism. It is no less evident that what the coronavirus epidemic covers over and submerges is emotional plague, hysterical fear, panic that both hides the deficiencies of the treatment and perpetuates the evil by frightening the patient. During the great epidemics of the past, the population did penitence and proclaimed their guilt by flagellating themselves.9 Don’t the managers of global dehumanization have an interest in persuading the people that there is no escape from the miserable lot that is made for them? That all they have is the flagellation of voluntary servitude? The formidable media machine can only rehash the old lie of the heavenly decree, impenetrable, unavoidable, in which crazy money has supplanted the bloody and capricious Gods of the past.

The unleashing of police barbarism upon peaceful demonstrators has amply shown that military law is the only thing that functions efficiently. Today it quarantines women, men and children. Outside: the coffin. Inside: the television, an open window on a closed world! This is a practice that is liable to aggravate existential disease because it gambles on the emotions that have been flayed by anguish and exacerbates the blindness of impotent anger.

But even the lie gives way to general collapse. Governmental and populist cretinization has reached its limits. It cannot deny that an experiment in is progress. Civil disobedience grows and dreams of societies that are radically new because they are radically human. Solidarity frees from their individualist sheepskins those individuals who no longer fear thinking for themselves.

The coronavirus has revealed the bankruptcy of the State. Well, there’s a subject for reflection (at least) by the victims of enforced confinement. At the time of the publication of my Modestes propositions aux grévistes,10 friends once again showed me the difficulty of following my suggestion for the collective refusal to pay duties, taxes and levies. But then the recognized bankruptcy of the swindler-State attested to an economic and social deterioration that renders absolutely insolvent small- and middle-sized companies, local commerce, those with modest incomes, family-owned farms and even the so-called liberal professions. The collapse of Leviathan has succeeded in convincing people more rapidly than our resolutions to bring it down.

The coronavirus has done even better than that. The cessation of production-caused pollutants has lessened global pollution; millions of people have been spared a programmed death; nature is able to breathe; the dolphins have returned to frolicking in Sardinia; the canals in Venice, purified of mass tourism, now once again contain clear water; the stock market is collapsing. Spain is resolved to nationalize private hospitals, as if it has rediscovered social security, as if the [Spanish] State has recalled the welfare state that it destroyed.

Nothing is assured, everything begins.11 Utopia still crawls on all fours. Let’s abandon to their heavenly inanity the billions of banknotes12 and hollow ideas that spin round above our heads. The important thing is to “take care of our affairs ourselves” by letting the wheeler-dealer financial bubble burst and implode. Let us not lack boldness and confidence in ourselves!

Our present isn’t the confinement that survival imposes on us; it is the opening to all possibilities. It is due to panic that the oligarchic State is forced to adopt measures that even yesterday it decreed were impossible. It is to the call of life and the earth to be restored that we want to respond. Quarantine is good for reflection. Confinement doesn’t abolish the presence of the street; it reinvents it. Cum grano salis,13 let me think that the insurrection of everyday life has unexpected therapeutic virtues.
 
1 Dated 17 March 2020. Translated from the French by NOT BORED! 20 March 2020. All footnotes by the translator. http://www.notbored.org/coronavirus.pdf
2 On 26 April 1986, one of the reactors at Chernobyl in the Ukraine exploded and caused a radioactive cloud to spread all over Europe.
3 The French here, coup d’éclat, is a pun on coup d’etat (seizure of the State).
4 The French here, fléau, also means curse and plague.
5 In the works of Rabelais, Physis is joyful and unashamed and Antiphysis is hateful and destructive.
6 Not yet translated into English.
7 Bovine spongiform encephalopathy is a neurodegenerative disease that affects cattle. Caused by the consumption of meat-and-bone meal, “mad cow disease” broke into public consciousness in 1990s.
8 Rudolf Steiner (1861-1925) was an Austrian philosopher and social reformer. Vaneigem is alluding to Steiner’s conception of biodynamic agriculture.
 9 Cf. Raoul Vaneigem, “The Flagellants,” Resistance to Christianity (1993): http://www.notbored.org/resistance-34.html.
10 Published by Vericales in 2004, not yet translated into English.
  11 An echo of Rien n’est fini, tout commence, a collection of interviews with Vaneigem published in French in 2014 and translated into English by NOT BORED! as Self-Portraits and Caricatures of the Situationist International.
12 English in original.
13 “With a grain of salt” (Latin in original).