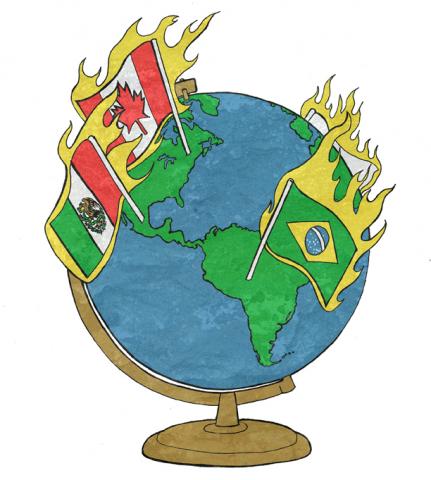 Originally published on Nantes Indymedia on 27.03.2020

APPEAL TO CITIZENS TO AVOID CONTAMINATION

If you see a street vendor on the street, don’t call the police to report them. Go and buy something from them.

If you notice they aren’t wearing a mask, don’t yell at them, try and get them one. Don’t be a cop.

If you hear that your neighbor is showing symptoms, don’t look out the window to see if they are shopping. Ask them if they need anything. Don’t be a cop.

If you see people walking around your neighborhood, try not to assume the worst, don’t call the police. Maybe they had to go to work. A lot of people don’t have the privilege of shutting themselves away at home with a full fridge. Don’t be a cop.

If you have to go out shopping, don’t make hateful glances at people around you for fear of infection. Just say hello. Make conversation. Other people aren’t your enemy. Don’t be a cop.

If you meet somebody who lives on the street, don’t cross the road out of fear. If you can, offer them food, a mask, water. Don’t be a cop.

LET’S NOT SPREAD THE COP-VIRUS.

It’s a virus that won’t leave us alone.

(adapted from a leaflet that originally appeared in Spain, French version translated into English by Anarchists Worldwide)

Fuck the Cops & the Feds! Olympia Solidarity With PDX

Welcome to the Frontlines: Beyond Violence and Nonviolence