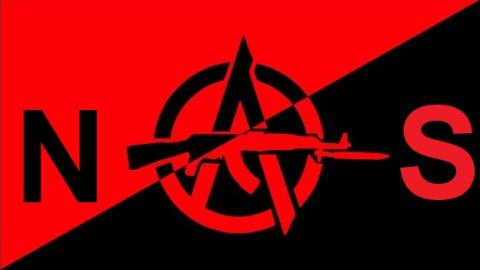 In view of the public calamity that is settling in the territory of the Federative Republic of Brazil due to the COVID-19 (coronavirus) pandemic, our collective presents four (4) requirements to the National Congress of Brazil and the supposed Brazilian federal “government”:

1 – resignation of the psychopath Jair Messias Bolsonaro and General Hamilton Mourão, who occupy the positions of president and vice-president of the space occupied by the Federative Republic of Brazil;

2 – repeal of the constitutional amendment 95, better known as the “PEC del techo”, approved by Congress in 2016 during the criminal government of Michel Temer to benefit big financial capital, and which prevents emergency funds from being made available to combat the pandemic;

3 – revocation of the approval by the joint committee of the Senate and the House of Representatives of the provisional measure 905/2019, better known as the “green and yellow work card”, since it is the coup de grâce to the labour rights of the Brazilian people and because it was secretly approved on 17/03/2020 by 14 scoundrels of the Brazilian National Congress taking advantage of the panic cause by the pandemic, at the request of the millionaire finance minister Paulo Guedes, the Chicago Boy of Bolosonaro;

4 – maintenance of the quarantine regime for all workers in the space occupied by the Federative Republic of Brazil until the end of the pandemic, with the payment of the monthly allowance of R$600 or R$1200 recently approved by the congress to all Brazilian workers and not just to self-employed workers.

We will not set a deadline for meeting these requirements, as they must be met immediately. Otherwise this collective will initiate a series of attacks against the interests of the Brazilian bourgeois state, big capital and imperialism until the four requirements are met. Bolsonaro’s fascists and defenders of ending the quarantine will also be targeted.

We take this opportunity to warn that the establishment of a state of defense or of a state of siege in the territory of the Federative Republic of Brazil, as intended by the psychopath Jair Bolsonaro, who intends to use the pandemic to impose a murderous fascist dictatorship, will not stop this collective. On the contrary, it will be an incentive for our actions to become increasingly radical.

It’s good that everyone is now starting to convince the psychopath Jair Bolsonaro to abandon the idea and resign from the presidency along with his deputy General Mourão. It will be the only way to prevent tragedies from happening. We will be a greater threat to the fascist and Bolsonaro scum than the coronavirus.

COVID-19 showed that capitalism makes the pandemic even worse. The policies of privatization of health care, precarious work and the accumulation of capital by the bourgeoisie expose the majority of people around the world to illness and death. Capitalism must be destroyed and THE TIME IS NOW.

We call on honest social activists, those persecuted by the system and the Brazilian people to disobey the murderer Bolsonaro and his henchmen and not to abandon the quarantine, their lives and those of their families come first. And at the end of the quarantine, we will break with the policies of capitulation and class conciliation of the reformist left. Take to the streets in mass struggle and direct action against the system to demand our jobs and our rights!

Greetings and solidarity to all the people of the world who are victims of the pandemic and to all the anarchist comrades in struggle against the state and capital all over the world! Salute and insurrection!

AS LONG AS THERE IS MISERY THERE WILL BE REBELLION!

FIRE TO THE STATE, THE CORPORATIONS AND THEIR LACKEYS!

NOS – CELL OF OPPOSITION TO THE SYSTEM