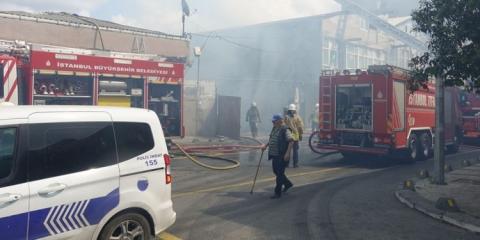 “The administrative building of a mining company that provided financial support to the AKP-MHP fascist regime in the district of Sultangazi in Istanbul was set on fire on March 30th,” was shared in a written statement by the Martyr Arin Mirkan and Martyr Helmet Revenge Units.

The statement also made the following warnings:

“Capitalist modernity has left the peoples of the world with no option other than death, with the destruction and carnage it has created in the world with biological weapons and viruses that are increasing in variety.

On the other hand, the isolation of Leader Apo, who presents the light of democratic modernity against capitalist modernity to the peoples of the world with the female libertarian ecological society paradigm, must be broken.

Unless the isolation is broken, nothing will be deemed to have been experienced. The invaders will taste our revenge fire at the time and place they trust most.

As the honorable peoples of Kurdistan, let’s celebrate April the 4th and walk the great march to Amara by destroying the Imrali isolation.”

People of the World, One More Effort!

Anarchy: Into the Maelstrom