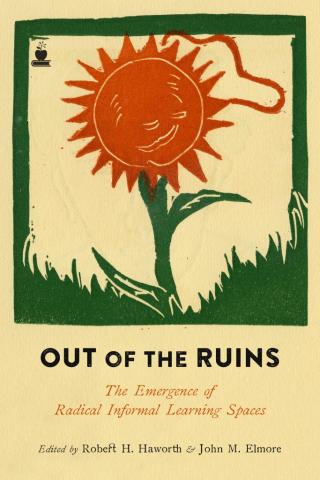 As Robert Haworth notes in his introduction to this volume, there is a rich tradition of anarchist criticism of state schooling as one of the institutions that ‘uphold and reinforce’ a particular set of social, political, economic and cultural ideas (p6). This collection of work by educational activists, theorists and practitioners promises to document and explore the ‘radical learning spaces’ emerging as alternatives to the social imaginaries of formal state schooling. On one level, it does just that, offering an inspiring and at times sobering reflection on the pedagogical and political challenges involved in creating and maintaining such spaces. Yet on another level, I felt it failed to address the central philosophical, political and moral questions at the heart of any attempt to articulate an alternative to compulsory schooling. For the people being educated in state schools are children; and a common claim of anarchist and libertarian critics of compulsory state schooling is that, in Voltairine de Cleyre’s words, defenders of state schooling are ‘not interested in the actual work of schools, in the children as persons, but in the production of a certain type of character to serve subsequent ends’ (p4).

However, children are glaringly absent from this collection. Although the editors highlight some familiar criticisms of state schooling in their introductory chapters, every single one of the following chapters exploring actual experiments in alternative education is about adults. Three theoretical chapters, John Elmore’s ‘Miseducation and the Authoritarian Mind’, David Gabbard’s ‘Don’t Act, Just Think!’, and Rhiannon Firth and Andrew Robinson’s ‘From the Unlearned Un-Man to a Pedagogy without Moulding: Stirner, Consciousness-Raising, and the Production of Difference’, raise important questions to do with what philosophers of education often refer to as ‘the pedagogical relationship’. Can this relationship be constituted in non-hierarchical terms? Is some form of authority inherent in every educational interaction? Can the education and upbringing of children be politically neutral? Can it be genuinely emancipatory and non-directive at the same time? These are questions that have exercised the minds of educational philosophers, theorists and practitioners for decades, and yet they are strangely circumvented by most of the discussions in this book, the focus of which is educational encounters between adults. Elmore’s chapter is the only one to explicitly discuss children and to address the developmental aspect of authoritarian education. He defends ‘the development of the critically conscious personality’, drawing on the work of Paulo Freire, and although he occasionally conflates ‘formal education’ with ‘state schooling’, he at least offers a hopeful alternative for teachers, including those working in state schools, concerned to foster genuinely participatory democratic practices and dispositions.

In contrast, Gabbard’s chapter makes some fairly bleak and at times denigratory comments about ‘teachers’ in general, thereby failing to acknowledge the ways in which even the most ‘traditional’ classrooms can be spaces in which radical, emancipatory pedagogical practices can emerge. Firth and Robinson’s chapter, while rich in theoretical insights into the work of Stirner and the idea of self- actualisation as reflected in the feminist tradition of consciousness raising, is perhaps the most frustrating in its omission of any consideration of children. For surely the chapter’s central question –‘whether a pedagogy without moulding – a pedagogy compatible with horizontal relations and the rejection of command – is possible’ (p70) comes into sharpest focus, and is most philosophically troubling, when we are thinking about teaching children. Indeed, our very conceptual distinction between teaching and education is tied up with how we think about this question. Although the authors claim to have established that a pedagogy without moulding is ‘both possible and desirable’ (p70), and make some valuable suggestions for developing such pedagogical practices with adults, the question of whether such a pedagogy is possible or desirable with children remains a contested one, as reflected in the work of generations of radical educators.

The remaining chapters are a combination of first-person accounts and theoretical reflection, drawing on different intellectual traditions to offer a valuable resource for educators keen to put their radical educational ideas into practice. This is particularly so in Farhang Rouhani’s chapter, ‘Creating Transformative Anarchist-Geographic Learning Spaces’, which demonstrates, not for the first time, that the discipline of geography has much to offer anarchists and other radical activists concerned with power relations within pedagogical processes. Rouhani’s careful articulation of the distinction between an anti-hierarchical and a non- hierarchical approach is particularly valuable; although, once again, I was left wondering how applicable this distinction is to adult-child pedagogical relationships. Similarly, Petar Jandric and Ana Kuzmanic, exploring the idea of digital colonialism, offer a fascinating theoretical perspective, insights from which surely have implications for schools and for children’s engagement with ICT.

The authors who document their experiments with radical and anarchist pedagogy both within and outside traditional higher education institutions are honest in their appraisal of the challenges involved in this work. Sarah Amsler and Andre Pusey, working in a UK context, and Jeff Shantz, Dana Williams, Erin Dyke and Eli Meyerhoff, and Sandra Jeppensen and Joanna Adamiak in a North American context, raise important questions about the political context of higher education and the challenges of resisting its dominant forms within a capitalist system. Williams’ account of ‘teaching anarchism by practising anarchy’ is particularly insightful on the question of what actually happens when educators try to ‘turn over the reins to the students’ (p157). Dyke and Myerhoff focus less on classroom pedagogy and more on racial and economic inequality in access to higher education. Their aim was to ‘create a working-class institution that centred ways of knowing and learning that resonated with people’s everyday lives and histories, especially people who existed only on the margins, if at all, within higher education’ (p175), and their discussion of how and why they failed in this mission offers a sobering attempt to grapple with the tensions between ‘ideals of changing the existing higher education institutions and creating alternatives to them’ (p179). Similar tensions are addressed in Peppensen and Adamiak’s chapter, which problematises the traditional boundaries between academic practice and political activism, concluding ultimately that ‘radical learning must move outside the university’ to really challenge structural inequalities. (p228).

Given that many of the contributors clearly share Amsler’s concern with ‘the destruction of democratic sensibilities, social collectivities, and experiences of critical learning’ (p110) in contemporary society, it is frustrating that there is so little consideration, within this collection, of the question of how people come to develop such sensitivities in the first place. Surely questions about children and childhood are central to this enquiry. Yet while, as Jeppesen and Adamiak acknowledge in their chapter, anarchists and other radicals have developed counterhegemonic learning spaces across ‘primary, secondary or post-secondary’ education (p228), it is really only post-compulsory education that is explicitly addressed here. The longest chapter in the book, David Backer et al.’s ‘What is Horizontal Pedagogy?’, documents and reflects on the experimental educational group that emerged from Occupy Wall Street. In its focus on social movement activism, this chapter, more than any others, seems to answer the question Haworth poses in the Introduction: ‘How can radical informal learning spaces inform and expand our understandings of current social movements and communities resisting neoliberal capitalism?’ (p11). This question, I would suggest, is an accurate description of this book’s focus, and of its value.

A Primer on Police Crowd-Control Tactics