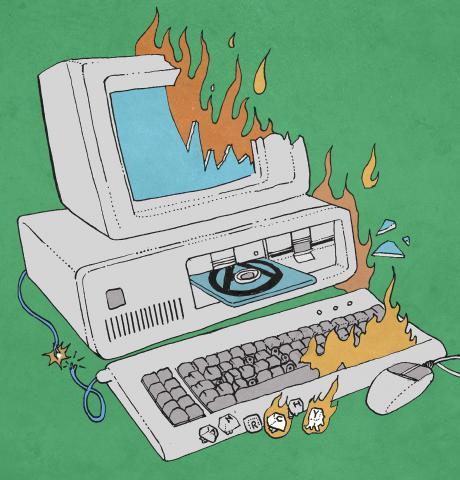 As you may have noticed, the Anarchist News site, as well as some related anarchist sites, were down for a while and are now back online. Some haters probably rejoiced at that, while others, such as myself, were saddened to see that news about Anarchist News. During that time I took took the opportunity to look around at some of the other anarchist spaces online and I was surprised to see how active and lively some anarchist forums are, particularly in such mainstream disreputable places such as Facebook and Reddit. I also noticed that many of the people active in these spaces say that they are new to the ideas of anarchism and are interested in learning more.

In the context of explicitly anarchist events and spaces that exist in the in-person physical world getting cancelled or shutting down, a trend that is only exacerbated by the current stay-at-home orders worldwide, I have the sense that we are witnessing the birth of a new generation of anarchists, one that exists primarily, if not entirely, online. We all have to start somewhere, and increasingly people seem to be starting with Google searches. We may not like this reality, but it’s what we’ve got.

This then gets me wondering about anarchist spaces online, and especially how vulnerable they can be if sites like Anarchist News and others can suddenly disappear for extended periods of time. I wonder how we can all better support anarchist online infrastructure to not only be more robust and weather the various technological storms that come its way, but to also provide spaces that are more welcoming, informative and self-explanatory to the influxes of new people who are discovering anarchism for the first time because they are bored, stuck at home and have a growing sense that the global social-economic-political system that we all live under is fundamentally fucked up?

Let’s keep this thing going! And much thanks to those who brought Anarchist News (and other sites) back to life!

[Thanks to anonymous for this guest TOTW submission!]
Tags:
this site
the Internet
totw
social media
anarchy 101
introductory