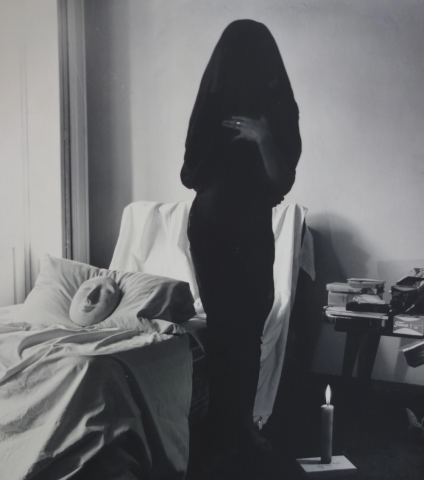 In her 2016 book Pandemic: Tracking Contagions, from Cholera to Ebola and Beyond, science journalist Sonia Shah writes a chapter on flaws in the WHO’s global system for disease surveillance. Since pandemics mean a halt to the economy and capital accumulation, we will likely see business pressure applied on governments for new solutions to contain the spread of pathogens. Those involving Healthcare IT and surveillance seem to require the lowest cost and least amount of systemic change, and therefore are possibly on the horizon. This could mean a drastic reduction in privacy and freedom.

While she doesn’t put it this way, these flaws can be summed up as reliance on privilege, human judgement, and voluntary action. The current system uses a chain of reporting. When clinicians encounter symptoms that seem like a worrisome disease, word passes upwards through a series of health officials until it reaches the WHO. Problems arise within the first step of this process, which entails the infected person going to a clinician. Many people cannot afford to see a doctor, understandably don’t like to, or lack access. Even if they go, medical professionals are often in a rush and make misdiagnoses. Since many serious infectious diseases share symptoms with less serious and more common ones, it is likely that clinicians make the more common diagnosis. But even if this system functions as it should, it is not fast enough. Shah writes that epidemics grow exponentially, while our responses to them only linearly.

That many of the disease surveillance system’s problems can be laid at the feet of voluntary action and lack of general surveillance is worrisome. Shah’s suggestions for improvement don’t venture too far into that territory, though she does use the word “technocratic” in a positive light. She calls for everyone to have affordable healthcare and for active steps to be taken preventing pandemics before they happen. This means surveillance of hotspots, which are places where epidemics are likely to begin. Hotspots include recently encroached wild habitats, wholesale animal markets, pet shops, and slaughterhouses. She also agreeably points out that some U.S. states track the “chief complaint” of patients arriving in emergency rooms, as well as the sale of thermometers and antivirals.

While calling for all people to have access to affordable healthcare is noble, it also makes these solutions seem unlikely. If the residents of the United States, the world’s democratic superpower, have been unsuccessful in securing affordable healthcare, what are the chances that it can be won for the world’s seven billion? It’s possible that COVID-19 will prompt increased monitoring of hotspots, but the next set of options she discusses seem more effective for future epidemic prevention efforts.

“HealthMap” and “Ascel Bio” are services that analyze data from social media and other online source to see global health trends and monitor for epidemics. HealthMap detected the 2014 ebola outbreak in West Africa before the WHO made any statement about it. Ascel Bio became aware of the 2012 Haitian cholera outbreak weeks before any official government announcement.

Shah doesn’t discuss them in the book, but there are other organizations doing this kind of work too. In 2008, Google gave over $30 million as part of its “Protect & Preserve Initiative” to HealthMap and related services, including the Program for Monitoring Emerging Diseases (ProMED-mail). This platform acts like WHO’s disease surveillance system that Shah critiques, except that reports don’t pass through government officials. Instead, it is entirely used by medical professionals who simply sign up for its network and make posts when they encounter worrisome symptoms or an apparently new pathogen. Starting in 2013, HealthMap, ProMED-mail, the Ending Pandemics NGO, and others began collaborating on a new system that combines their services: EpiCore. A tech company called Dataminr used AI and social media to predict nascent rural and suburban hotspots for COVID-19.[1]

While some of these technologies seem like reasonable attempts to identify and contain the spread of epidemics, there is something chilling about the potential they carry. In Google’s public statement for Protect & Preserve, they hint at their long-term goal using the failure to contain HIV as an example. HIV was first detected by medical professionals in 1981 and by then was already spreading exponentially. But scientists later discovered a case of HIV that went back as far back as 1959. They concluded it had probably been circulating even earlier. Google suggests that if intervention had taken place decades prior to 1981, HIV could have been contained. But then they go even further:
“To have contained the HIV epidemic altogether, we would have needed to shift our response a second step to the left of the standard HIV epicurve by catching the virus right as its origin – at the point when it made the very first jump from chimpanzees into the human population.” [2]

While Google never explicitly says how this could happen, it’s clear by their support of data-mining organizations that they want an intensive surveillance system. It’s one thing for clinicians to share information with each other over the internet, or for specialists to inspect animal markets for pathogens. But how would one gain the ability to detect the transmission of a disease from a chimpanzee to a human except by a staggering system of surveillance that penetrates not just the networks of clinicians but our own intimate lives?

Surveillance-friendly healthcare IT infrastructure is already becoming prominent. Countries including South Korea and China are implementing IT contact tracing, where cell phone GPS data is used by the government to notify people if they’ve recently encountered someone who tested positive for COVID-19. In China, residents are legally required to download an app which broadcasts their location to police and other authorities for COVID-19. Put another way, the government requires residents to carry tracking devices “for their own good.” The South Korean government uses cellphone location data to make public broadcasts of where infected people have been. The amount of information available is so extensive that internet sleuths have doxed various COVID-19 carriers in order to shame them online.

Apple and Google unveiled [3] a contact tracing platform in April 2020 that is supposedly anonymizing. But the creator of the encrypted messaging app Signal pointed out [4] that such a system would leak location data to advertisers, and likely require using location data to narrow what information is given, and to whom.

It remains to be seen how authoritarian the United States and other Western democracies will become considering the COVID-19 pandemic. Regardless, the proliferation of information technology in public health presents tools for widespread surveillance. With smartwatches, data collection, and the looming possibility of a medical credit score, humanity can be nudged into self-surveillance practices that collect data for business, government, and public health institutions monitoring.

The insurance company UnitedHealth has offered discounts if the insured person can verify with a phone or smartwatch that they walked a certain number of steps per day. Axia, a health insurance company in France, has cooperated with Facebook to adjust dues based on a customer’s social media entries. And AOK, the largest health insurance company in Germany, uses a data analyst company to help determine a person’s “health score.” [5] This could function like a medical credit score, by which insurance rates change based on lifestyle, risk of disease, etc. Given how disruptive COVID-19 is to the economy, such a thing could hypothetically include rewarding those who follow “best practices” in self-monitoring for diseases. Your health credit score rises, and insurance rates declines, for example, if you have smartwatch with a temperature sensor and contact a clinician when running a fever using a connected app.

As a solution, this is much easier than any of Shah’s other suggestions and requires no structural changes to the society. Encroachment of wild spaces can continue as capitalism’s extractive industries and wasteful agricultural practices demand it. Climate change need not be combated. It wouldn’t be necessary for everyone to have easy access to healthcare. Crowded slums could remain as they are or even expand as the percentage of the population living in urban areas continues to rise. And lastly, the cost is taken by the consumer: we would have to buy a watch and maintain it.

We lack access to the levers to halt and transform society. Instead, we are nudged and forced into the system’s solutions and we default to the violence and submission of fear. The shaming around social distancing best exemplified in South Korea, but probably present everywhere, is not a first for humanity. When the AIDS crisis was hitting mostly gay people in the Eighties, even other gay people were shaming those they saw as too promiscuous. In our state of powerlessness, it is much easier to try controlling others through morality and accepting the surveillance “solutions” capitalism and the State push than to upend problems from the root.

Since we have so little power, we scramble for the lowest hanging fruit. Shaming others and cowering at the feet of technocracy are within reach. Ending extractive mining is not.

Being Better To One Another: Comrade Malik from USP Pollock / Peter Gelderloos from Spain