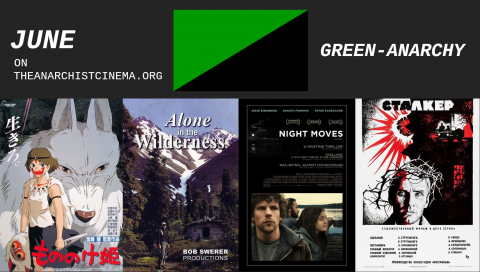 We are happy to announce that selections have been made for green-anarchy month on theanarchistcinema.org! The schedule and list of titles is as follows:

Screenings will start at our regular time of 23:00 EST and will run for a week. Check back later in May for synopses and other info about the films. Thanks to everyone who made suggestions!
We will likely have to do another green-anarchy month at some point with more of a focus on documentaries if there is interest, we avoided them this time around in the hope that the interpretations we form will live longer than just engaging in pure fact ingestion. We really look forward to hearing what you all think so get in touch.

‘The way we get through this is together’: the rise of mutual aid under coronavirus

Rioting in France in Solidarity with Anti-Police Uprising in US

Looting, Fires and Gunfire Against Police in United States