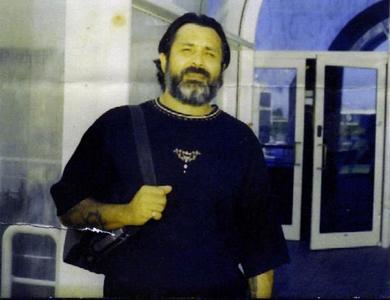 “I will not equivocate — I will not excuse — I will not retreat a single inch — AND I WILL BE HEARD. The apathy of the people is enough to make every statue leap from its pedestal, and to hasten the resurrection of the dead.”

Fraternal, revolutionary greetings, in the true spirit of internationalism and solidarity against all forces of evil, destruction and self-destruction, hoping this one finds you, family and friends in the very best, as it leaves me, during these trying times of not only the deadly Coronavirus COVID-19, but of the same deadly white supremacist pig-germ that now occupies the White House, that is as deadly as COVID-19 for our impoverished communities, and for the imprisoned, and poor immigrants seeking a better way of life, all pushed back by this sheer imperialist arrogance and elitism of the billionaire, money-laundering pig club that has taken over the halls of political power in the U.S. of A., a clear and present danger to all of humanity and planet Earth. Let future generations disown us and label us as spineless cowards, if we do not act to stop this insanity and madness!

You have the free liberty to duplicate these materials and share them with the rest of the world, on social media or to whomever or wherever you find my words, in the hopes that this extreme state repression I am being subjected to by these racist police state pigs may stir the senses of world humanism, and motivate others to join the freedom train, in whichever ways they can, in spreading the word of the true realities of what Amerikkka’s racist, pig prison torture chambers are all about, all in the name of the corporate greed profiteering of those who make a livelihood of imprisoning others and upholding the fascism of this capitalist/imperialist totalitarian police state. There is only one way out of this misery for us, and that is through class struggle and social revolution. I have my shovel in hand, and have joined the club of grave diggers, to dig the future grave of this racist, oppressive and criminal system of robbery called capitalism. Expropriate the expropriators!

I am awaiting to hear from a few parole lawyers I reached out to to see what their fees are to represent me at my upcoming parole review hearing, beginning in January 2021. Once I learn of all that, then I will make a call to accumulate support letters and other pleas for release and I will then post it to the world. So, stay tuned.

Again, thank you so much for your solidarity and support. It means a lot to me. Take care and stay safe of the COVID-19 virus.

All power to the oppressed!

“Today, the most powerful force for social transformation is the working class movement… Anarchists must recognize the usefulness and the importance of the workers’ movement, must favour its development, and make it one of the levers for their action, doing all they can to see that it, in conjunction with all existing progressive forces, will culminate in a social revolution which leads to the suppression of classes and to complete freedom, equality, peace and solidarity amongst all human beings.”

The James V. Allred Prison Administration is subjecting Chicano political prisoner and jailhouse lawyer Xinachtli, s/n Alvaro Luna Hernandez, to a campaign of harassment and repeated discriminatory cellblock assignments to 12 Building Disciplinary Segregation Cellblock F Pod, housing those who violate prison rules, although Xinachtli has violated no prison rule. It is clear he is being subjected to these punitive assignments as part of prison repression to keep him further isolated, now, in a prison within a prison, and in a “psychiatric ward” also housing many intellectually disabled people under intense psychotropic drugged states, in a cellblock almost daily gassed with chemical agents, repeated instances of prisoner suicides, and repeated suspension of all activities, including denial of daily showers, and the proper cleaning of the cellblock by support service prisoners, during these emergency Coronavirus times necessitating proper hygiene and cleanliness.

Such repression is part of the prison’s punitive, retaliatory measures against Xinachtli for his ongoing legal activities, and his outspokenness in speaking truth to racist, oppressive power, and him leading a revolutionary-education consciousness study group to preach prisoner unity among all captives, to study revolutionary theory, anarchism, and social liberation movements, and in helping others to file suits against the prison’s institutional racism and inhumanity, and in making prisoners come to terms with the true nature of their capitalist-class imprisonment, as capitalism’s “surplus populations” of poor, unemployed, and especially ethnic minority prisoners of AmeriKKKa’s racist courts that maintain “quotas” for imprisoning extrajudicially all charged with crime, no matter their guilt or innocence, in a state known for imprisoning and executing the innocent, in Texas’ modern-day chattel slavery of mass incarceration where the Texas prisoner class is “cannon fodder” for its Texas Correctional Industries empire of assembly-line factories, and other forms of stoop slave labor under horrific working conditions, with no pay, resulting in loss of life and limb, all legalized by the 13th Amendment as “slavery and involuntary servitude” as punishment for crime.

The Texas prison system continues to be a fascist prison, notorious for its institutional racism and atrocities against its captive population, and other forms of extreme repression against captives such as Xinachtli, who refuse to submit and who continue fighting back, calling on oppressed prisoners to unite, and to demand to be treated like human beings and not animals. Animals in city zoos receive better treatment than Texas’ prison slaves, especially those such as Xinachtli in repressive solitary confinement for a prolonged duration designed to break prisoners and to dehumanize them into submission.

This specialized form of state repression is the brainchild of the notorious Dr. George Beto, who ruled Texas prisons with an iron fist, introducing the “leather strap” to beat striking prisoners, and “blacklisting” and barring from the prison attorneys such as Francis Jalet Cruz, and using the same discriminatory cellblock housing tactics now being used against Xinachli in efforts to pressure prisoners to abandon their fights against the prison, withdraw their suits, and to renounce their ideas considered “revolutionary” and make them submit and stop exposing these inhumanities. All this is officially reported in Cruz v. Beto, 603 F.2d 1178 (5th Cir. 1978), involving George Beto, who federal courts found liable and ordered to pay monetary damages to Attorney Jalet Cruz, activist Fred Cruz, and the other clients of said attorney singled out by Beto into the Eight Hoe Field Force Squad for specialized repression.

Dr. George Beto is considered a god in prison circles, and his portrait is painted on many walls at various prisons in the state. His institutional psychology and his Texas-style form of prison fascism is alive and well today behind prison walls, as Beto taught his students at Sam Houston State University in Huntsville, Texas, who moved on to work for the prison system either as prison guards or part of the administrative hierarchy of the prison empire. AmeriKKKa’s “control unit” prisons are designed with this purpose in mind, as Marion Federal Warden Ralph Aron testified, in the prison litigation relating to Marion’s prison lockdown, that the purpose of said “control units” was “to control revolutionary attitudes in the prison and society at large,” as is now being practiced against Xinachtli as part of the prison’s behavioral modification programs for social thought-control and extreme repression.

Repression against Xinachtli has intensified, especially since global support for him is growing, and freedom, justice-loving people learn of him, his history of struggles, outside and inside prison walls, and are horrified by this government’s continuing secret, dirty war against social militancy and dissent. Folk singer David Rovics has now written a “Ballad”, available to listen online, honoring Xinachtli for his lifetime commitment to change this racist, oppressive society and to build a better world. Texas prison officials fear and despise the prospect that the outside world at large could become aware of its prison inhumanities, and to know that in AmeriKKKa, not all is milk and honey, nor is it a paradise of democracy with equal justice for all, but in all reality it is a bastion of racism and oppression against the poor, and people of color, especially behind its barbed-wire prisons, and its “control units,” orchestrated by the white supremacist pig now occuping the White House, that violate all norms of human decency, and international human rights laws and standards, and are KKKoncentration KKKamps for the poor, of AmeriKKKa’s modern-day plantation slavery system and its prison industrial complex, disproportionately represented by black and brown people of color, of its genocidal, murderous and torturous system of mass incarceration, all for corporate profiteering, that should shock the conscience of humanity and stir our senses to act for change now, and support Xinachtli and the Texas prisoner class in the fight for dignity and humanity.

You have falsified and destroyed our history,

after you stole our lands, converting us into foreigners,

illegal aliens in our own homeland.

But you will never erase our identity, culture,

tongue, our indigenous roots, you so fear and despise.

We are a proud, noble, humble, compassionate people,

and a valiant, revolutionary one.

We will forever rattle and break the chains, physical and mental,

you have put on us as a brand of our inferiority, as your domestic wage-slaves.

We will unite in your factories and asphalt jungles and reservations and capitalist-profiteering prison cages of mass incarceration until we are free of your indoctrinated capitalist filth, your so-called values, your greed, your worship of material possessions, your white privileged ruling class barbarism you have subjected us to. We will unite against you, and free Mother Earth, who you hold under siege, destroying it for corporate profits.

You may have me in your racist prison dungeon cages now, and tomorrow you may kill me, but I vow to the world, you will never, ever kill my spirit, for I am of the quality of men that will live forever in the hearts and minds of the powerless, the voiceless, the oppressed.

When you bury me again, this time in a cemetery grave and not in the grave you have me in now, I will resurrect from the grave to come back and hunt you, to dispense the revolutionary justice you have escaped, and to bury you and your racist, capitalist, imperialist systems deep in a grave, from which you will never, ever rise again to destroy others.

by Xinachtli (meaning “Germinating Seed” in Nahautl, Xinachtli is a renowned Chicano political prisoner and NLG jailhouse lawyer member. He has been in a Texas “control unit” prison for 20-plus years.)

A Political Prisoner’s perspective on COVD-19