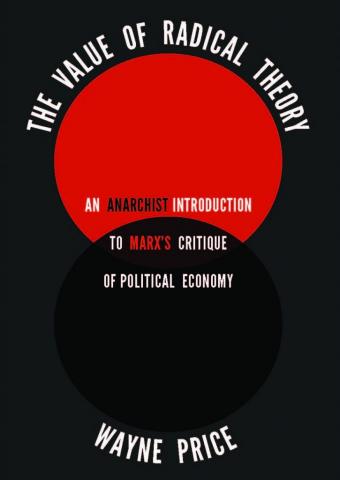 Wayne Price is longtime anarchist, author and currently a member of Bronx Climate Justice North and the Metropolitan Anarchist Coordinating Council, or MACC, in New York City. After reading his book, The Value Of Radical Theory: An Anarchist Introduction to Marx’s Critique of Political Economy (AK Press, 2013), I got excited to speak to him about his views on anarchists engaging Marxist economic concepts and some of the historical conflicts and engagements between Marxism and Anarchism. We talk about his political trajectory from a pacifist Anarchist in high school, through Trotskyism and back to anarchy. Wayne talks about common visions of what an anarchist economy might look like, how we might get there, class and intersection of other oppressions, critique of State Capitalism. Wayne sees the oppressed of the world having a chance during this economic freeze to fight against re-imposition of wide-scale capitalist ecocide by building libertarian, anti-imperialist, anti-capitalist and heterogenous future societies in the shell of the old.

You can find his books Anarchism & Socialism: Reformism or Revolution? available from at AKPress.Org and The Abolition Of The State: Anarchist & Marxist Perspectives (AuthorHouse, 2007) or through a fine, independent radical bookstore in your area that could use support. A reminder that AKPress published books, such as “The Value…” can be purchased in e-book format for free from AKPress.org. You can find some of Wayne’s writing at this mirror of AnarchistLibrary, as well as at the site for the Platformist Anarkismo Network, Anarcho-Syndicalist Review, and The Utopian Journal (seemingly out of print).