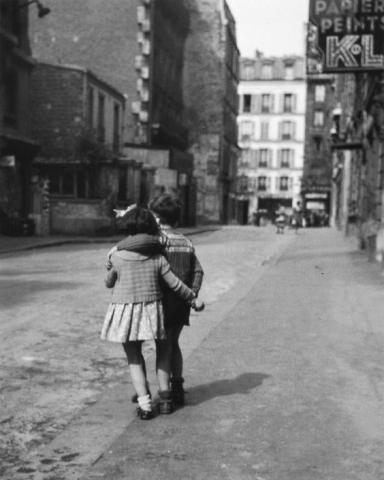 For some time now, we have been internally questioning the real usefulness of this blog for social movements, or revolutionaries, in our environment and beyond. We have tried to revise which were really our contributions to the fight and which, on the other hand, only contributed to the spectacle, the folklore, and a purely aesthetic radicalism. We have wanted to look back, see the changes in the news and materials, the drifts we had taken, a little driven by our own criteria, but also by fluctuations in the type of content that came to us. Through this exercise, we realized that we also had another need. It had to do with the way in which certain movements or spaces of struggle perceived us and did or did not count on us as a space for dissemination of their initiatives, calls, projects or reflections. And this, in turn, led us to the situation we have now.

We know that times have changed, and although it seems that they have always been there and despite the fact that many people are already unable to imagine the world without the mediation of those spiderwebs, when this blog (previously hosted on Blogspot) began its journey, some 10 years (said so soon, huh!), Social media hardly had a presence in our lives (of course, they were there, but they did not have the ubiquitous and omnipotent ubiquity that they have now, not even close), and we really felt that the Blogs or anti-authoritarian web portals were important projects, which played an important role, and were directly inserted in the struggles of their environment, as amplifiers of the actions and projections of the same, and as a round-up of the news that came out, at a very different pace and with much more authentic links, from other territories, from “abroad». What was done, the debates that were held, gave content and in turn, the content generated real debates and projects on the street, fanzines, publications, groups wanting to do things by organizing spontaneously and experimenting, in constant and impulsive dialectics. Now, on the other hand, reality strikes us and, whether out of honesty or respect, it forces us to retreat and make self-criticism and criticisms at the same time.

The fact that most of the projects of the Spanish state (social centers, athenaeums, local anarchists or not specifically anarchists but that are related to formulas of self-organization and an autonomous and combative approach, diverse groups, individualities …) have stopped using tools like this blog to spread their projections makes us think that they no longer consider these tools as theirs, but that somehow we have occupied a sphere of the alien. We do not say this with a desire for reproach, not at all, and perhaps this is only our own impressions, but we are saddened, and not because of the fact that X people do not send us their calls, but because this calls into question the only reason for a project like this to exist. We also felt this when we saw that we received more news and requests for the dissemination of calls from places that were thousands of kilometers away, than from our own environment. When we see that these same groups that are geographically close to us prioritize (when they do not exclusively use) social networks such as Facebook or Twitter, about which so much has been discussed and talked about, while there are no projects with which we have any affinity, self-organized and hosted by servers of a close nature, such as Noblogs, Espiv or others (within the contradiction of assuming the use of the Internet knowing that it is, by default, “enemy terrain”) then, at least for us, the time comes to ask ourselves if it deserves to be thought if it is worth continuing with this, and the truth is that we believe it is not. We have reached the point where we feel that we contribute to a totally fictitious image of our struggles, disconnected from the streets and their concerns and tensions. We did not want to continue from this demotivation.

Additionally, we feel, as we have already said, that an excessive importance is given to image and folklore, without stopping to think about what kind of projectualities we fed with it, and what discourses we put in the center, sliding the debate towards a parallel focus disconnected from the daily reality of the places and relationships that we inhabit. We want to regain sanity, get our heads from the clouds, put our feet on the ground, get dirty in the immediate terrain in which we find ourselves, and do so with the conviction that we are present not only in our ghettos but also in the contradictions and tensions of others. Because we get tired of the self-worship of certain approaches, the judgments, the moral superiority, and the mostly aesthetic approach, the radical “nepotism”, that we also project on countless occasions through our work here, and in the content and reflections to which we somehow end up giving priority.

To this we would have to add the need of some people who have participated in this for a longer time to take care of our mental health, prioritize ourselves, and leave aside projects that demanded a more or less routine and constant disposition, a job that we weren’t always able do (with the burden of a certain anxiety that this caused us in the medium-long term), and that at times even ceased to enchant us, for reasons that do not necessarily have to do with what is expressed above in this writing, but for many others reasons. We need air, and we think it is time to take a rest.

Throughout all these years, the blog has been carried out by a single person, except fo this last year or two (more or less) in which, in fact, other people joined in a bit intermittently, and we started using a Majestic plural ‘We’ in part for making this change visible but, above all, for a mix between being misleading and for the kick of it. Despite everything, the links have always connected more than one person, and the activity on this blog has allowed us to meet many comrades, some of whom we forged powerful ties that last until today (others, on the other hand, have remained, fortunately, forgotten) and that have led to other projects and links. We have gone through different stages, in all of them we have made mistakes, we have succumbed to many things that we condemned, we have learned and we have taken risks, and at the same time, we have had the feeling that we are not doing enough and there is a need to go much further and to not remain in the loneliness and the hollowed out husk that the virtual is sometimes. We have also made contributions that other groups have said to us that have served them, translations, reflections, editions, and that is, possibly, what we value most, along with the number of affinities (and discrepancies!) that we have found, and the fruits that some of these coincidences have borne. That’s what we’ll take with us!

We did not want to fall into any moralizing discourse nor in any resentful nostalgia because we hate those endings and because, we say again, we understand these changes and the effect they have also had within our environments, and we have used social networks, some still use them, and despite our abundant criticism we do not believe that its use is wrong per se (And about this we could debate for hours, but please, face to face). In the end though we have fallen into both things, moralizing and nostalgia, we are sorry. We also did not want this to sound like a bitter farewell, but we believed it necessary to explain ourselves and leave written a small critique so that those comrades who feel like it and want to do so, could collect it and interpret it as they see fit. It is not our intention to give lessons, but simply to leave as we arrived, trying to contribute to the debate.

We don’t think that we’re going to leave anything vacant. There remain many other anarchist or anti-authoritarian counter-information or communication projects on the Internet with which at any given moment we have found (and in some cases shared in some depth) quite a lot of affinity, and which do a great job. To review a few: Briega, Portal Libertario Oaca, ALasBarricadas, Tokata.info , Publicación Refractario, Anarquia.info, AlGrano, Aleva and, for those of you who are more polyglot, others like 325 (a huge greeting to them), Act For Freedom Now!, Enough is Enough, CrimethINC., and many others that you can see in the right side column of the blog itself. But we would like, please, to recover the conspiratorial spirit that anarchist communication once had. We are not talking about giving up the computer or mobile phone and limiting ourselves to clandestine printing plates as if we lived in the 19th century, like we said, times have changed, but instead we’re talking of trying to take better care of our communication and empowering (facing the big platforms and the great media of the enemy) the projects that have been born with the intention of being one more small amplifier for the voices and the revolts from the streets of our neighborhoods, towns or villages, develop initiatives and roots not domesticated that crack the grey concrete slab of the masters, invades their gardens and give light to forests and new life.

The blog will remain open, but, in principle, we will not publish on it again, at least for a long period of time.

It has been a pleasure, in many senses of the word, and we will be delighted to reconvene or to know and discover ourselves in other stories, at other moments and places. See you on the streets, because that’s where the fight is. It’s always been there, we haven’t.

In Memory: Clips of Interviews With Sean Kealiher and his Comrades and Family