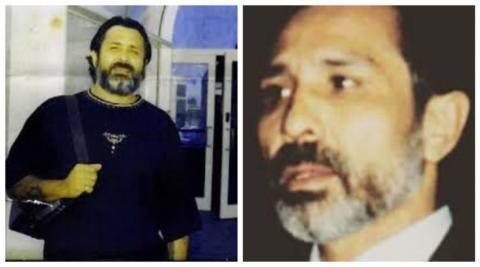 Revolutionary Greetings Comrades! It is hard to craft a message of Solidarity during this time without acknowledging the suffering and loss of life of so many beautiful humyn beings.

By the time June 11th arrives we will reach over One Hundred Thousand Deaths related to the Corona Virus here in Amerika.

Much of my recent journalism and activism has been centered around Covid-19.

Specifically, I’ve been calling for the release of our Elders. I started this year off with a message of Solidarity. I collaborated with my Soul Mate and Future Wife Nube Brown. We’d Love to see the state of California grant Parole to New Afrikan Freedom Fighter and Principled leader–Sitawa Nantambu Jamaa.

As far as Anarchist prisoners are concerned, I must call your attention to the struggle of our Comrade Xinachtli in the State of Texas. Xinachtli whose Sir name is Alvaro Luna Hernandez will be eligible for Parole very soon.

Inorder to facilitate Xinachtli’s release we must ensure that he has enough Financial Support so that we can retain a Parole Attorney that will zealously advocate for Xinachtli’s Release.

Xinachtli has been subjected to Decades of Racism, Bigotry, and Oppression at the hands of Prison and State Officials in Texas. Xinachtli is a Principled Thinker and Anarchist comrade who has Earned my Respect and Support. This June 11th lets focus on BEING NUMEROUS inorder to Free Xinachtli.

If you would like to contribute to Xinachtli’s Freedom Campaign, I highly recommend that you contact the Wise Owl–Comrade Twitch at Central Texas ABC (twitchon [at] gmail [dot] com). Comrade Twitch has been dedicated to supporting Xinachtli’s Emancipation for a number of years and is able to advise all of us on the best way forward in support of this endeavor.

Inorder to highlight the urgent need for all of us to support Xinachtli I share a quote from a recent letter Xinachtli wrote:
“I apologize for the tardy reply, but as you know, tons of work to do, and not enough hours in the 24 hour cycle to do it all in, especially now with being vigilant of the spread of the infection CORONA VIRUS COVID-19 under these UNSANITARY, FILTHY CONDITIONS.

“When I complained (about filthy conditions) and filed a “grievance”, the pigs retaliated by re-assigning me to more punitive conditions in their 12 building disciplinary segregation cell-block on F-Pod. F-pod is specifically reserved for those who violate prison rules, and those “psych patients” the system ware-houses in disciplinary segregation inorder to “treat mental disabilities.” ALTHOUGH I HAVE VIOLATED NO PRISON RULE AND NEVER HAVE BEEN UNDER PSYCHOTROPIC MEDICATIONS.”

END OF QUOTE FROM XINACHTLI!!

Comrades, the Retaliation Tactics and Abuse our brother Xinachtli is being subjected to is REAL. I spent many years in disciplinary segregation in Texas Prisons (TDCJ) because like Xinachtli, I complained about the Filthy, Cruel, Unusual, and Inhumane Conditions Texas Prisoners (especially those in Ad-Seg) are forced to live in every damn day!

Xinachtli is not just our Elder Brother in Struggle, he is actually still recovering from his recent Hep-C Treatment! Housing Xinachtli in filthy conditions and retaliating against him is a reprehensible act. I implore you to join me in reaching out to Texas State Representative Jarvis Johnson (D) Houston, Texas Senator Kirk Watson (D) Austin, and U.S. Representative Lloyd Doggett (D) Austin, Texas. I don’t know about y’all but I’ll be damned if I am going to sit on my hands and remain silent while one of my comrades gets treated in such a disrespectful manner.

There are so many Anarchist Prisoners who deserve our support. However, there are a few who I personally have a deep respect and love for. I want to Shout Out and show strong Solidarity with Eric King, Sean Swain, and Marius Mason.

I want to remind y’all that Transgender Wimmin of color were being assaulted and murdered at alarming rates in Dallas, Texas prior to the Covid-19 Pandemic. June 11th is a time for us to Shine a Strobelight on Injustices and support humyn beings that are routinely ignored by the Mainstream Media!!! I said this once, and I will say it a Million Times if necessary–TRANSGENDER LIVES MATTER!!! I said that and I mean that!

Finally, I send out a huge hug and Anarchist Love to my Close friend and Confidant Justin Adkins. Justin who is a bad-ass Revolutionary Transgender Activist has been the Administrator of ComradeMalik.com for years and has had my back through the Good, The Bad, and The Ugly times. I hope y’all do not mind me acknowledging this incredible humyn being who is such a dear friend. Justin is our Comrade in the Struggle which seeks to End Prison Slavery In Amerika.

Please everyone Support our Imprisoned Anarchist Comrades this June 11th and do it everyday if you can!! WE NEED YOU!!
Yeah!! You heard me correctly, I said WE NEED YOU! So that means Me Too!!!

Revolutionary greetings Comrades!!! I was just informed that our Comrade in Struggle MARIUS MASON has just been diagnosed with Covid -19!!!! We must collectively lobby for the immediate release of our beloved Comrade!!! This is going to take a international Mass Effort from Anarchists and Freedom Fighters all across the United States and Europe as well as Canada!!! In the spirit of ANDREA CIRCLE BEAR I plead with all of you to get serious about saving our Comrades Life!!! We are going to have to contact U.S. Legislators and begin to file Habeas Corpus (2255) BRIEFS AND FEDERAL CIVIL LAWSUITS ON BEHALF OF OUR COMRADE MARIUS MASON!! We need Media Attention Now!!!! If we can’t get the mainstream media to help us then we create our own media like ITS GOING DOWN AND THE FINAL STRAW RADIO PROGRAM!!! This is an official Call to Action From your Comrade in Struggle Comrade Malik!! Y’all know I don’t do no Fakin!!! This is Real!! Fight for the Freedom and the Life of Marius Mason Today!!!

Dare to struggle, Dare to win, ALL POWER TO THE PEOPLE!!!

Keith “Malik” Washington is assistant editor of the Bay View, studying and preparing to serve as editor after his release. He is also co-founder and chief spokesperson for the End Prison Slavery in Texas Movement, a proud member of the Incarcerated Workers Organizing Committee and an activist in the Fight Toxic Prisons campaign. Visit his website at ComradeMalik.com. Send our brother some love and light: Keith “Malik” Washington, 34481-037, USP Pollock, P.O. Box 2099, Pollock LA 71467.