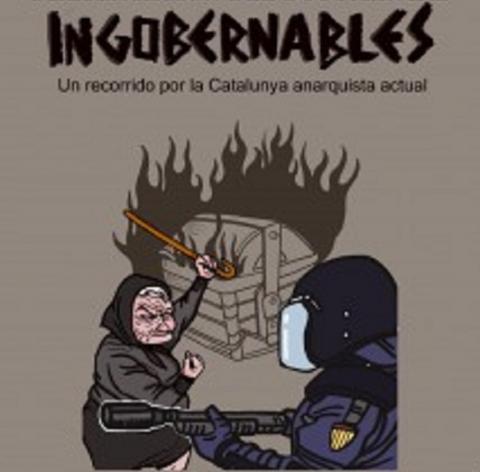 “Ingobernables” [Ungovernable] is a documentary that brings us closer to the reality of the anarchist or anti-authoritarian movement in Catalonia. It mainly addresses the major events of social conflict in recent years: the various general strikes, the blockade of the Catalan Parliament, the movement of the outraged or 15-M, the processes of self-organization in neighborhoods and workplaces, and the revolt produced root of the eviction and demolition of the Can Vies Social Center, among others. It also reflects the vision of the ruling classes and the media on anarchism and Catalan antagonistic movements (what they call “anti-system”) through their statements and treatment of certain news.

An obligatory chapter focuses, of course, on the State’s response to the struggle, on repression. Specifically, it deals with penal hardening, the approval of repressive administrative laws such as the Gag Law or the application of the Anti-terrorist Law with anarchists in different cases, and very specifically in the latest police and judicial coup against colleagues in Catalonia: the so-called “Operation Pandora”.

Virtually all, if not all, of these issues have been addressed at some point in the Todo por hacer [Everything yet to be done] newspaper. However, through this documentary we have an opportunity to listen to all these stories together, through interviews with different people (historical and younger activists), propaganda samples on the streets and acts carried out by libertarian collectives. . The various people who appear in it speak to us about issues such as the validity of anarchist ideas, the importance of recovering historical memory from a revolutionary perspective, the need to end capitalism, the danger of using the institutional route to change society and above all the possibility of thinking about other forms of social organization not based on the State and capitalism.

Watch the video (Only available in Spanish):