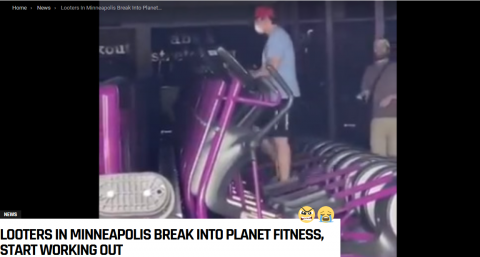 Anarchists have been given a lot of flattering if largely undue credit this week for the riots kicking off across the US in the wake of the killing of George Floyd. Aside from reprising our role as the phantom outside agitator, and while I can’t assure you of how many of us were doing things like stealing police horses, stealing cars from dealerships, attacking police precincts and looting big box stores, I’m willing to bet there were more than a few.

This topic of the week is about riots. Riots have been a time-honored tradition for anarchists, and I’m curious what their significance is to you. This week we found ourselves in the heat of things, though with hints of being overtaken by the trauma of state violence, good samaritans cleaning up “their community” the morning after, and years of legal support spoil things.

Before the morning comes, I wanna hear what riots mean to you. Carnivalesque events where the normal rules are suspended, giving space to new possibilities and forms of life and where new affinities are formed among the ashes of so many Targets? Something to be avoided except if those who claim to be directly affected by whatever issue the preceding tedious protests start it? Flashy events often fetishized but best avoided except by those who want to be low-hanging fruit for police action? A chance for you to help out with medical or legal support skills honed through years of experience? A little of everything? Something else?

Report from Greece on the Corona-Virus Dystopian Reality