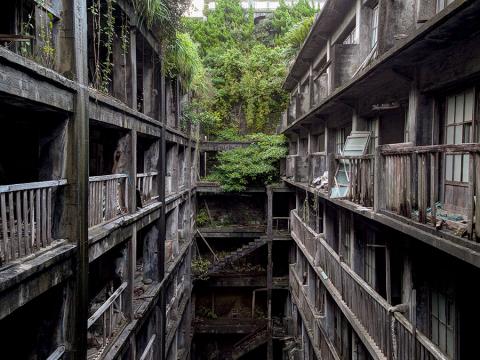 Fires, either intentional or from lightning, have been a component of many ecosystems for millennia. We know that prior to colonization on Turtle Island, controlled fires were used by many indigenous peoples to alter their habitats in favourable ways. It helped facilitate travel by eliminating thick underbrush, increased the numbers of game animals and helped nut trees be more productive, among many benefits. It was a subsistence tactic that had been honed for generations.

To the outsider arriving from dense, sedentary Europe, most of what we call North America appeared as pristine wilderness, large tracts of untouched or barely touched land. In reality the whole continent was, in a way, a vast permaculture complex consisting of an incredible number of variegated habitats maintained through a variety of practices, including controlled fire, which, on a very large scale, was also instrumental in helping set and maintain the boundaries between prairie grasslands and forests.

All life forms need habitats, but cities are not habitats. Beneath the pave is the forest floor, the potential garden, the smothered berry patch, the drained estuary, the buried salmon bearing creek. A city is not merely a different habitat form, a giant efficient nest. It is not the loci of everything advanced and complex and progressive of the human story, of freedom, creativity and self-consciousness. It is the elite’s lair, a place of dispossessed captives, where repressive apparatuses are ubiquitous, beginning with the town clock which helped ensure that the activities of potentially self-organized, self-directed and freely self-creating individuals are synchronized in the interest of the elite, of economic and political efficiency.

Imagine living in a hell world where you can’t eat when you are hungry, nap when you are sleepy, drink when you are thirsty, relieve yourself when you need to, because an instrument is what dictates when you are allowed to fulfill these basic animal needs. That is urban-capitalist civilization- millions of people jarred out of their rest and dreams by an alarm and then all synchronized to follow the same daily patterns so that economics can prevail over individual bodies and their processes and desires.

The insurrectionary arsonist who burns down not only the bank, the corporate headquarters or the police station, but random buildings, becomes, as that primal and deeply honest gesture unfolds and manifests, both an ecological and a spiritual person. It is a communitarian act in so far as it stands up against Power and injustice and in defence of their kin and neighbours. It is an unmasking act as it tears away the veil that camouflages the monstrous social order that is behind centuries of elitism, injustice and violence.

We need to reject, renaturalize or destroy the city, the central site of authoritarian control and the ideology that prioritizes property over life, hoarded wealth of the few over communities based on sharing, of obedient and weak captives over self-assured and strong individuals.

There is no future if we don’t stop adapting to capitalism and start adapting to nature. And every molotov thrown has a message inside the bottle that reads: “ I am sick of adapting to capitalism, of adapting to a world of bosses and landlords and elites, of supremacist thinking, of pavement and concrete and vistas denuded of life.” Sure it might not explicitly state that the preference is to adapt to nature, but if all coercion is removed, don’t we end up living closer to the way we’ve evolved, closer to nature?

And so I make this connection between ecology and riots, between making space for healing and regeneration and the arson of the present insurrection.

Make no mistake about it, I know that this uprising was instigated by black people responding to a world that has been violently anti-black for 400 years. I don’t want to twist that truth to fit a personal outlook, thereby erasing collective black suffering and agency. It isn’t to claim that this insurrection is actually located within an ecological impetus. It is to note that we are always ecological beings and as such when we revolt we also do so against our conditions as potentially free beings living in healthy habitats who are presently captives in the giant work camps and prisons which are cities, many of us, especially POC, literally in cages.

When you want to build a dojo or a shelter, or to plant squash or corn, when you want to build a communal storehouse for preserves or an arsenal for your clan, you need to clear an area. Be it a seasonal campsite for subsistence practices or for a more sedentary eco-village, we need to make space. Destroying urban property while rioting is the same urge. It is both an act against and one for. How else to set our imaginations free, to visualize not anything specific, but to envision Possibility? If the terrain is completely occupied by the designs and interests of a select few and has been for a long time, then space must be cleared, and probably in a frenzy of resentment. Regeneration is impossible without death. Fires have been used to clear areas for food production, to make travelling easier and for other subsistence practices. I believe that riotous arson can be seen through this lens as well. What better way to confront our alienation as dispossessed captives, as living beings without freedom or habitats, than to burn down not only the guard towers and prisons, but everything in the way of sustainable food production, local potable water, a returning woodland for birds, etc?

Capitalism prioritizes commodities and private property over life. Ecology is prioritizing reciprocity and life over private property and commodities, therefore looting is taking action against a system that erases life and for a system that prioritizes it. Riotous looting is a way of transferring wealth. A way of immediately using things which are on their way to the landfill anyway. A healthy community would only produce for need or for pleasure and everything within it would be freely shared, so looting commodified objects is really just direct action against capitalism.

Vandana Shiva said that as capital grows nature shrinks. So in that sense decommodifying is an ecological act…because the opposite is also true. As capital shrinks nature heals. So in fact the more arson and looting, the more refusal – to work, to accept normative ideas, to live in the desolate, concrete lairs of trade and political authority, the better chance nature, which includes us of course, has a chance to heal and regenerate.

Cities rest on a set of violent arrangements – landlord/tenant, rich/poor, police/citizen, included/excluded, etc. Within them nature has been violently destroyed. The automobile dominates all design imperatives. It’s inhabitants are alienated, atomized, ghettoized, with the vast majority seemingly sick with Stockholm Syndrome, giving and taking orders, obediently spending their lives producing and consuming. Complex and healthy eco-systems that can support large numbers of life forms are destroyed by cities, so destroying cities, and the bourgeois and racist myths of progress that support and justify them, is an act on the side of nature, of the primal, of the urge for self-preservation.

Riots can pull back the veil and help put on display the violent glue that holds the city form together as well as the results of such (coerced) social arrangements: police, laws, hierarchy, political power, racism, surveillance systems, military-industrial logic, poverty, mental illness, destroyed eco-systems…not to mention that virtually every city was once the home of anarchic people because they had the ecological wisdom to make intelligent decisions about where their settlements should be located. Toronto, Manhattan, Ottawa, San Francisco…I saw a photograph of downtown Vancouver Canada that was taken in the early 1900s. It was still an old growth forest and Salish people were still trying to hold onto their territory. I believe that decolonization means not thinking differently, but living differently.

Cities – and the ideological foundations they rest on, are to anarchic impulses what heteronormativity is to queer liberation. Just as we are taught by the school system, popular culture, by Power and Official History, that heterosexual relationships are normal and necessary and that anything outside that belief system is suspect, perverted, hostile, threatening to societal stability, we are also taught that cities, from ancient Babylon, to Athens to New York, are the apex of human achievement, the centers of Progress and enlightenment, a step ahead of the ‘savagery’ of traditional indigenous life ways, of hunter gatherers, of nomads and experimenters and village dwellers.

It makes sense to want to destroy what is ugly when the potential for the beauty of nature to manifest is a memory in all of our bodies and psyches. I don’t want cities, I want Wild-Life habitats for me and my kin.

We should hope that the tiger can escape its cage and celebrate when it does.

We need an era of greater and greater fire frequency.