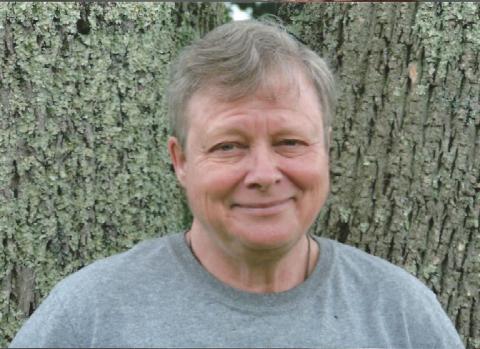 Marius was unable to write a statement for this year’s International Day of Solidarity with Marius Mason & All Long-Term Anarchist Prisoners. Marius’ attorney wrote beautiful statement in his stead. Please read below:

The other day when I spoke to Marius on the phone he was dealing with worries ranging from uncertainty about whether or not he might be immune to COVID-19, to the national BOP lockdown. And still! He was so focused on the well-being of everyone out here. He was very worried about me — whether I was getting enough rest, whether he was bothering me at a time that I needed to be talking to other clients. He was worried for the protesters suffering at the hands of law enforcement and the black and brown people trying to live their lives under a regime of daily violence and indignity. He expressed so much love for the people agitating for an end to white supremacy. “Racism is the poison at the heart of America,” he said. “Everybody knows it, and this is the conversation we need to have.”
Marius is an example of someone suffering unduly at the hands of a government that was more interested in punishing him under the rubric of “terrorism” than in ending the atrocities against the environment that he has spent his life trying to correct. And now once again he is watching the state manufacture an imaginary threat: Antifa. No matter that Trump lacks any authority to designate “antifa” a terrorist threat in any legally meaningful way. His announcement will function to broadcast to law enforcement, prosecutors, judges, and juries that they may severely punish people not only for their conduct, but for their political beliefs.

Just as Marius must endure an unconscionably long sentence for actions that would otherwise have been less severely punished, we can anticipate similar state repression of many others painted with the intentionally broad brush of “Antifa.” The protections of the first and fourth amendments will lose force in the face of law enforcement and prosecutors invoking the specter of the terrorist at the gate. The deeply racist and anti-semitic discourse of the white outside agitator will authorize the same kinds of outrageous prosecutions and draconian sentences that Marius was and is now subject to. We must gather together in solidarity and make clear: our speech will not be chilled, our actions will not be quelled, our righteous anger and commitments to justice will not be diminished by these bullies and these laughable claims about our beliefs. Our communities are strong. We fight for and stand with each other in a genuinely anti-racist, gender inclusive, class- and ability-conscious coalition.

This is the conversation we need to have. Marius stands with all oppressed people, and the political uprisings that represent them, from Stonewall, to Black Lives Matter, to concerted antifascist action, Marius sends deep revolutionary love and solidarity.

No Memorial But Attack