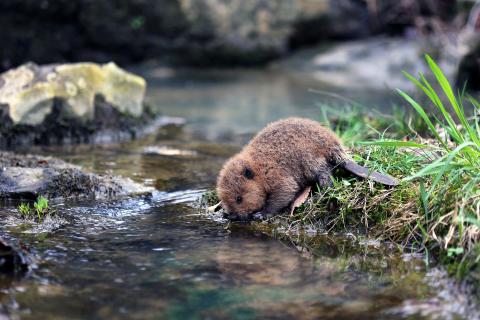 What a difference a few days can make. A gentle, playful provocation regarding “lawless, unprincipled” anarchy certainly looks different when “professional anarchists” are one of the potential scapegoats for widespread civil unrest. Certainly, nothing about the present moment suggests a need to temper language or moderate projects. But the long, deep breath afforded by pandemic-related measures seems to have given way to something else—and it may be necessary to adjust the exposition of this stage of the project accordingly. Anyway, back to work…

We’ve taken some time to talk about anarchy in its most general and perhaps abstract form, where it appears as what happens in the world when we don’t fall back on the dominant apparatus of authority, hierarchy, exploitation, etc. We’ve started to look at the role of collective force in the creation of anarchic freedom. And we have suggested some of the ways in which the description of positive anarchy that we have inherited from Proudhon might be clarified. But we’re still trying to come to grips with the fundamental dynamic. How is it possible that everyone does what they please and only what they please?

For Proudhon and Déjacque, writing in mid-19th-century France, the obvious place to look for descriptions of this sort of society would have been in the harmonian writings of Charles Fourier. Fourier made a sort of end-run around moralist objections to the free play of desire, claiming that it would be an affront to the creator if, in a perfected creation, there was not a natural outlet for every basic impulse. And some of that approach arguably remains in Déjacque’s work, where there is still a good deal of emphasis on a kind of natural circulus, by means of which harmony and anarchy are brought together as one. It is obviously important to ask ourselves how much of our failure to reach real harmony is simply a matter of poor social organization and to explore the relation between harmony, anarchy and desire. But speculation about “the nature of things” or judgments about what is or is not fair to a creator probably aren’t the most fruitful avenues to pursue.

Let’s instead focus for a moment on what it would mean for everyone to “do what they wish and only what they wish.” Lifting that formula from a more-or-less “utopian” context means placing all that wishing back into ordinary social contexts, which inevitably involve constraints on desire. To “do what we wish” is not, in a practical context, to do by wishing, with no considerations of material limitations, but to choose from among the things that it is possible to do, given our own limitations and the constraints presented by our various contexts. Even the onliest egoist operates within a zone of influence determined by some mix of milieu and might. And when we consider things in those terms, we are, I think, forced to acknowledge that we might achieve a kind of voluntary society that was still very, very far from the harmonian and utopian visions of a Fourier or a Déjacque. But that hardly seems to be the only possibility, provided we do not settle on some approach that excludes association and the harnessing of collective force.

There is, after all, another vision, very different from that of the associationists and communists, emphasizing the voluntary association of autonomous individuals, which has some currency in anarchist circles and which, in its more extreme forms, really does resemble a kind of social atomism. I want to tackle the question of individualism, including those more atomistic extremes, in another set of posts. I’m inclined to think of some kind of anarchist individualism as fundamentally necessary to the synthetic approach that I’m pursuing, but much more as a practice imposed by our individual organization than as an ideology. There is no downplaying the importance of the self—the unique self—as a site of agency and responsibility, but also no avoiding the recognition that this site is elusive and unstable in a variety of ways.

My own conception of individuality, already a sort of synthesis of anarchistic influences, begins with the figure I’ve have described as the Contr’un:

…the Whitmanesque subject who contains multitudes and is not contained between hat and boots, who spills out over all the property lines we might draw, at the same time drawing the world in without attempting to claim exclusive domain. It is the subject understood in its general economy. It is an individual characterized by an antinomic relationship with its own individuality, a counter-self, the one against the (absolutist) One. It is frustrating, messy (at least in the context of our attempts to draw clean boundaries, improper (in senses that draw out all the various connotations of the proper), and perhaps rather more feminine (in familiar, probably important, but also rightly contested terms) than we are accustomed to assume—and where the conventionally masculine elements don’t seem in harmony with a phallic sort of identity. It is the form of the actors in a world where solidarity means attack (if I may be forgiven for that appropriation) at a more or less metaphysical level, where Universal Antagonism is the first fundamental law of the universe, but where the second is a kind of reciprocity that justifies that antagonism without seeking to destroy it.

But, for now, perhaps we can simply skip past any very precise description of the individual and focus on the most basic forms of society, as Proudhon understood and described them. Consider this summary of the “social system,” from Justice in the Revolution and in the Church:

Two men meet, recognize one another’s dignity, state the additional benefit that would result for both from the concert of their industries, and consequently guarantee equality, which means economy. There is the whole social system: an equation, and then a power of collectivity.

Two families, two cities, two provinces, contract on the same footing: there is always only these two things, an equation and a collective power. It would involve a contradiction, a violation of Justice, if there were anything else.

And then let’s remember that, for Proudhon, all of these parties are contracting at their various levels, that each of them is at once an individual and a group, and that reciprocity—”the mutual penetration of antagonistic elements”—always involves some degree of interconnection among the contracting parties. All of that means that the individual human subject has a variety of interests, has some claim to a variety of capacities and is always already involved in associations that themselves either limit or expand the range of possibilities when it comes time to “do what they please and only what they please.”

Collective force is inescapably a part of any approach based on Proudhon’s works. We simply never meet the isolated individual who then makes connections in the hope of extending their power to satisfy desire. Instead, even the simplest transaction, if undertaken with a consciousness of the complex interconnections Proudhon’s account identifies, involves a remaking of connections. More than that, what makes connections powerful in Proudhon’s view is not simple agreement, but a recognition that the “fundamental laws of the universe” begin with universal antagonism and that what increases the quantities of collective force and the quantities of freedom in a given association is increases in the complexity and intensity of balanced conflict.

The specific dynamics of collective force is another of those questions that I want to come back to, in the context of careful readings of the relevant texts. Here, it is one again largely a matter of exploring the extent to which the “profusion and uncertainty” that I’ve associated with “positive anarchy” really is likely to be a defining aspect of the anarchy around which our “distinct, anarchy-centered anarchism” is likely to be constructed. It’s a question of deciding whether all of the talk about “lawless and unprincipled” anarchy and all of the play with the figure of Déjacque’s “bilge-rat” leads us to any practical conclusions. And, while I’ve undoubtedly made hard work of sifting through the various issues involved, I do feel like a phrase like “the maelstrom of desire” is not just edgy hyperbole, that the peculiar association of the tourbillon and harmony in Fourier’s writings remains more or less intact when we connect Proudhon’s account of the simplest sort of “social contract” with his theories of collective force and his definition of reciprocity.

We are not wrong to think of what comes rushing in when we scuttle the ship of state as anarchy, but neither are we wrong to identify that anarchy with the maelstrom and the tourbillon, or perhaps even to think of “the coming storm” as a constant part of the anarchy to come. And it would not be inconsistent with these other thoughts to think of the work required to expand our capacity for “doing what we want and only what we want” as a matter of organizing new and potentially more powerful kinds of whirlwinds and maelstroms.

That last thought might, at the very least, provoke some very different conversations about “anarchist organization.”

TOTW: Our enemies in blue

TOTW: How pan is your pan-secessionism?