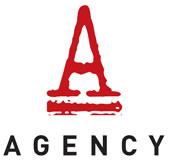 WASHINGTON, DC – As protests continue to erupt across the US, some of the organizing principles and demands of African-American youth and social justice activists are resulting in changes that were unthinkable just weeks ago. While the unrest gripping the country is not anarchist-led, and claims by President Trump that anti-fascists are the primary source of violence are factually inaccurate, many of the practices and principles that have been fundamental to this movement have long been mainstays of anarchist organizing.

For decades, anarchists and Black feminists alike have been demanding an end to oppressive state institutions like prisons and police. With the “Justice for George Floyd” protests drawing unprecedented attention to the systemic problem of state-sanctioned violence, calls have been growing to defund and abolish the police.

Responding to activists’ demands that far predate the current unrest, the Minneapolis City Council announced earlier this week they had a veto-proof majority to dismantle the police department. Minneapolis public schools, parks, and the University of Minnesota have already severed ties with the police.

As a result of widespread pressure to defund and abolish the police, as many as 16 other US cities have proposed or made pledges to divest resources from the police, according to CityLab. While not yet entertaining outright abolition of the police, Los Angeles Mayor Eric Garcetti announced last week that he would cut the LAPD budget by as much as $150 million, and New York City Mayor Bill de Blasio vowed to cut the NYPD budget and redirect funds to community programs in need. Demands to defund the police are also being considered in Milwaukee, Portland, OR, Seattle, Washington, DC, and many other US cities.

“Anarchists cannot claim credit for the fierce resistance we have been seeing in the streets,” said scott crow of Austin, TX, an Agency spokesperson, author, and longtime anarchist organizer. “While the current unrest is bigger than any single demographic or political affiliation, anarchist ideas and approaches are being employed throughout the protests, even by people unfamiliar with anarchism.”

Mutual aid, a longstanding anarchist practice of reciprocal care, has been widely employed during the uprisings. COVID-19 relief volunteers and supporters of the movement against police violence have collaborated to offer free medical care, water, food, and supplies on the streets of countless cities across the country. These efforts draw on the anarchist principle to each according to need, from each according to ability.

Anarchists have long used a decentralized organizing model reflected in the current protest organizing around “Justice for George Floyd,” which has no central coordination whatsoever, despite unrest in all 50 US states and nearly 50 other countries. Anarchists also hold up this grassroots, horizontal organizing model as a means to govern ourselves by direct democracy, without the top-down, coercive approach imposed by the state.

Despite effort by President Trump to divide the movement by accusing anti-fascists of engaging in terrorist activity, anarchists and antifa have broad common cause with those fighting white supremacy and fascism. From Ferguson to Charlottesville and in Minneapolis today, anarchists of all ethnicities have been on the front lines of efforts to prevent neo-Nazis, neo-Confederates, and other white supremacists from harming people.

“Self-determination, reclaiming control over our lives, and wresting public space from the grip of police that hold Black communities hostage are central themes of the current uprisings,” continued crow. “Rather than deferring to ‘community leaders’ or petitioning the government for redress, anarchists believe that those directly affected by oppression should decide how to respond to it, in the same way that thousands of people are responding to the murder of George Floyd on their own terms.”

To arrange an interview with a spokesperson, please contact [email protected]