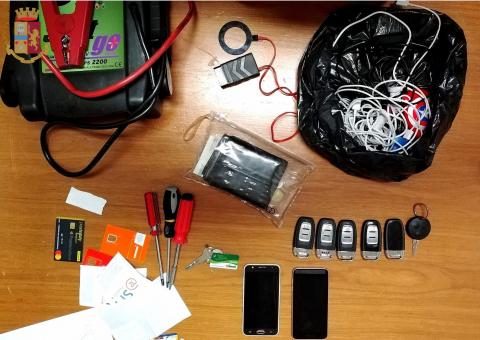 7 anarchist comrades were arrested and 5 were taken to jail in Rome on June 12 in a new repressive operation called Bialystok.

About the Bialystok operation

The umpteenth anti-anarchist repressive operation began at dawn on June 12, 20 in the territories dominated by the Italian, French and Spanish states. In grand style, wearing balaclavas and carrying weapons, the guards searched several houses, seized the usual equipment and arrested 7 people, 5 of them are in jail and 2 under house arrest.

Nothing new under the starry sky.

The charges that the state moves against them are various, including the usual subversive conspiracy to commit terrorism as well as arson, incitement to commit crimes, etc., etc..

Now, it is not important to stay behind their judicial quibbles, but it is necessary to reiterate that direct action, mutual support, rejection of all hierarchy and all authorities and that the practice of solidarity are an expression of our anarchic tension.

We are not interested in entering into the logic of innocent / guilty, the individuals affected are our comrades and will have our closeness, solidarity and complicity.

To each their own.

– An occupant of the Bencivenga Occupato

For the moment, the known addresses of the arrested comrades are:

(via Round Robin, translated into English by Anarchists Worldwide)

Note from Anarchists Worldwide: According to the Italian regime press, this latest repressive police operation against anarchist comrades is the result of an investigation that was launched following the explosive attack against San Giovanni Carabinieri / Police station in Rome on July 12, 2017 that was claimed by the Santiago Maldonado Cell – FAI/FRI.

Immediatism #79: Anarchy with & without adjectives