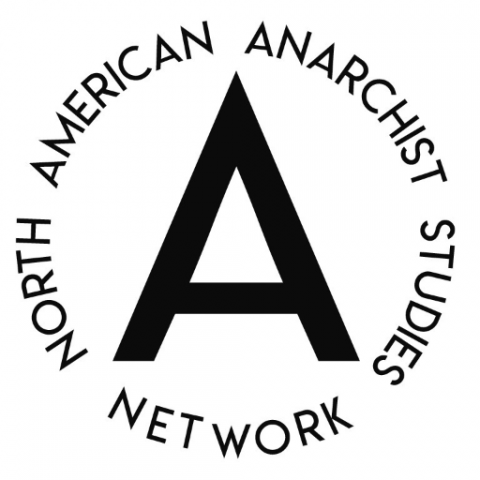 The North American Anarchist Studies Network condemns the murders of George Floyd, Breonna Taylor, Ahmaud Arbery, Tony McDade, David McAtee, Nicholas Gibbs, Chantel Moore and the countless other Black, Indigenous and People of Color (BIPOC) lives stolen by police violence and white supremacy. The long history of racist police brutality and murder has been facilitated by a culture of impunity that encourages such violence.

We therefore stand in solidarity with the Black Lives Matter movement and other anti-racist groups in condemning police murders and the violent repression of protests, demanding and fighting for racial justice and calling for long-overdue radical structural changes. These include defunding, divesting from and abolishing police and prisons and investing in community-led health, education and safety alternatives. As anarchist scholars and activists, we also denounce the scapegoating of anarchists and anti-fascists to delegitimize this movement for justice, excuse further violence against protestors and criminalize dissent.

These and many other instances of flagrant abuse of police power are stark examples of systemic injustice and racism. Police terrorize BIPOC communities, LGBTQ+ communities, people with disabilities and poor and unhoused people on a daily basis. The coercive threat of police violence and imprisonment is omnipresent. Militarized police forces throughout the globe enforce violently racist, ecologically destructive and white supremacist systems of capitalism and settler-colonialism.

Because of the inherently violent and unjust nature of the system of policing, we stand with organizations like MPD150 who demand that police be held accountable, defunded and ultimately abolished. True justice is not possible until the systems that beget injustice are dismantled. Astronomical budgets for oppressive, militarized prison systems and police forces should be diverted to communities in need. Instead of devoting public funds to policing and imprisoning unhoused people, for example, these funds should be used to make housing a human right.

Police justify their existence by filling necessary social roles, from responding to emergencies to guiding traffic. While violent and racist police activities should cease to exist altogether, roles like emergency response should be filled by accountable, unarmed, community-based and democratic organizations.

As a transnational network of researchers and writers operating both inside and outside the official system of higher education, we add our voices to the call for all educational institutions to both divest from local police and defund, disarm, and disband their own policing forces. We call on all academics, faculty members and public intellectuals to use their positions to both critique oppressive institutions and organize to remove them from our communities.

As a community of scholars dedicated to the study of anarchism in North America, we recognize the danger when president Trump and others blame “anarchist thugs” and anti-fascist activists for instigating violence, thus cynically deflecting attention from the white supremacist and far-right violence he has encouraged and enabled.

Authoritarian leaders have long deployed the “bomb-throwing anarchist” stereotype to delegitimize protest and justify police violence against popular movements for social justice. Indeed, following World War I, the American government fomented an anti-anarchist “red scare.” This reactionary period saw mob violence, beatings, arrests, censorship, mass deportations of working-class activists and executions, including the execution by electric chair of two immigrant radicals, Nicola Sacco and Bartolomeo Vanzetti. Now, we see the same story begin to play out in the United States as a fearful president threatens to suspend civil and human rights to “dominate” the “rioting anarchists.”

We call out such craven propaganda tactics for what they are: facile attempts to distract the American public from the real sources of violence, inequality and racism. We note in response that anarchists have played useful and productive roles in almost every major horizontal (non-electoral) social movement in modern North American history.

Rather than demonizing anarchists, we invite consideration of the wisdom and insight to be found in non-hierarchical organizing methods and radical political thought, including especially the long tradition of radical Black political thought and practice, from Abolitionism to Anti-Racist Action to Black feminism and beyond.

To end, we repeat the words Sacco and Vanzetti wrote shortly before the State of Massachusetts killed them 93 years ago.

What I wish more than all in this last hour of agony is that our case and our fate may be understood in their real being and serve as a tremendous lesson to the forces of freedom, that our suffering and death will not have been in vain.

Sacco and Vanzetti’s words ring true for all others killed by police and the prison system, who fill the history books of the USA and so many other countries. Through movements for freedom, we learn from each other’s struggles and stand together against interlocking systems of domination. We will ensure that these deaths were not in vain.

In solidarity through the endless struggle,