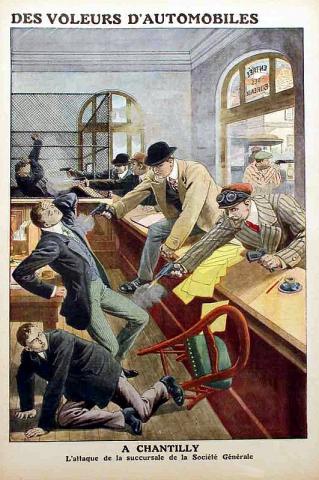 Sweet dreams are made of this.
Who am I to disagree?
Money makes the world go ’round.
What are the ways that anarchists can make the most money in this economy?
This economy meaning in between quarantines and its implications, automation, telework and the gig economy ever more the trend.

Which is a different question from asking: What are the most anarchist ways to make money?
If one were to imagine the most stereotypical ways for anarchists to make bank, one could imagine robbing banks: at gunpoint like Sabaté, by loan fraud like Enric Duran , by hacking like Subcowmandante Marcos or like countless nameless others who do so every day?
But what’s robbing a bank compared to starting one? Or what about starting a cooperative like Mondragon?

Illegalist ways of getting by while living lavishly -at least for a short time- like the Bonnot Gang also come to mind. Like burglary, black markets, grey markets, flea markets, silk roads, forgery, piracy, drug trafficking ? Today we’re not talking of the noble and dignified ways of oogles and squatters: dumpster diving, busking street performers, looting. Nor the pedestrian charlatan ways of academia: e-begging, printing books, selling art, and other petty scams and frauds. Sure nothing’s forbidden and everything’s allowed, but what’s a real cash cow? Show me the money!

Throughout the years, what has worked for you and what would you absolutely recommend against? Are anarchists on the cutting edge of lucrative endeavors or behind the curve? Illegalists of all trades: how can blue collar anarchists dip their feet in white collar crime? Ancaps and mutualists now’s your chance: give us your elevator pitches for get rich schemes!