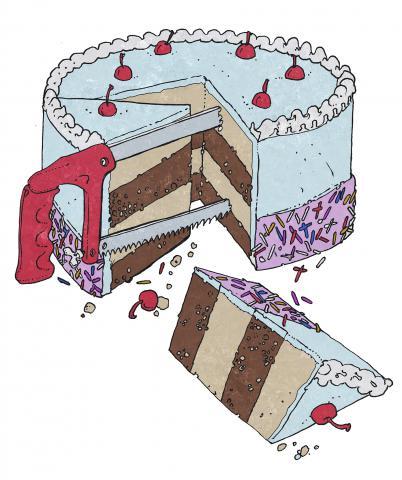 From Act for Freedom!, Italy

Op. Bialystok – A text by Nico

To the friends and loves of my life, to my comrades of struggles and adventures, to the anarchists and all those interested in my situation: I am writing these few lines to update you on my conditions and to give you news of the repressive case that concerns me.

My arrest by the ROS flanked by the carabinieri of the local command came about at my parents’ house early in the morning of June 12. After a long search, mainly involving paper material in the van I was sleeping in and the room that I use, a long series of leaflets and posters, books, magazines (some of which they said “they don’t have”), personal correspondence, diaries, notebooks and various handwritten notes, all the computers and external storage media found in the house, two phones, a sim card, a digital camera, as well as the shoes I was wearing, a pair of gloves, a neck warmer and a military-style gas mask, were seized. I have been contextually served an order for pre-trial detention in prison for participation in an association for terrorist purposes and subversion of the democratic order.

I am also accused in various capacities of damage, defacement, unauthorized demonstration, theft, instigation to commit a crime; most of the aforementioned is attributable to solidarity with those under investigation and the prisoners of the Panico operation. The operation that concerns me (known as Operazione Byalistock) is the result of the intense investigative activity begun following an action signed FAI/Santiago Maldonado Cell that took place in Rome on 7/12/2017, as well as the preoccupation of the repressive authorities for some direct actions that have occurred in the capital over recent years (in the dispositive some burning of cars of the carsharing service enjoy, the fire of a Vodafone repeater, while the media were even talking of things dating back as far as 10 years ago, or the explosive attack on a carabinieri barracks in 2010, at a bank in 2012, at the court of Civitavecchia in 2016 and one in 2017 against the Eni headquarters) and for the period of possible social instability which will follow the Covid-19 emergency.

In the papers available to me there is also talk of international links with Greece (for a journey of mine in November-December 2018), Chile (for a comrade’s visit to Bencivenga
Occupato in September 2018) and with Berlin (apparently only for an action signed FAI that took place in that city in October of the same year), as well as ideological links with Alfredo Cospito, anarchist imprisoned for the knee-capping of Adinolfi and various actions signed by the Informal Anarchist Federation [FAI]. I was consequently locked in an isolation section of Rieti prison to do the 14-day quarantine, adopted as penitentiary administration measure aimed at containing the spread of the Covid-19 virus inside the prisons. We new arrivals are locked in cells of about 3.5 m x 2.5 m on the ground floor of the southwest corner of the structure. From Wednesday June 17 they are finally letting us do 40 minutes in the yard per person. The section is full up and we manage to keep each other company and help each other as much as possible. I’m fine, my morale is good and for now I don’t need anything in prison. I heard the greetings last Sunday and have received many telegrams and mail, all things that have helped to give me strength over these long days. I thank everyone very much for this. I expect to be transferred to another prison with high surveillance units by the end of the 14 days’ quarantine.

Within 15 days the review should take place to express itself on the application of the precautionary measures for me and the other 6 detained. I take this opportunity to send a warm greeting to them and to you all. My heart is with you.

Prison of Rieti
19/06/2020
Nico
via: roundrobin.info
Translated by Act for freedom now!