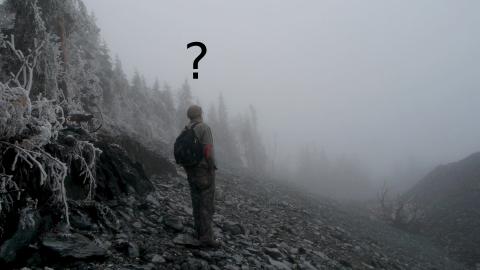 Eco-fascism. It’s something I hear lots about but understand little of. I’ve read these recent essays, these recent mainstream news articles, and a head-spinning number of tweets. One tweet that caught my eye was an anarchist asking for a ‘substantive working definition’ of the word. There were no substantive working definitions in the replies. I’ve asked questions left, right and centre and I’m none the wiser. And so I’m reaching out to you, anews commenters, to help me make sense of it all.

What’s the difference between this and the same old fascism that we’ve been against since forever? Is it something to do with population? With immigration? With technology? With Ted K? Idris Elba? Murray Bookchin and/or David Foreman?

Is it something to do with fish in Venetian canals? Deer in Tokyo? Clear skies in California? Neofolk and industrial music? Noise and black metal? Micheal Moore’s latest film?

Is it European? Mexican? Is it about violence? Amorality? Is it about terror and eco-terror? Is it the same thing as ‘eco-terrorism’?

Is the term deliberately vague and pluralistic, or is it self-explanatory and blindingly obvious? Does it mean something different to us anarchists and anti-fascists than it does to authoritarians?

And, finally, whatever eco-fascism may or may not be, what, if anything, is to be done about it?

For and Against Primitivism, on Immediatism podcast