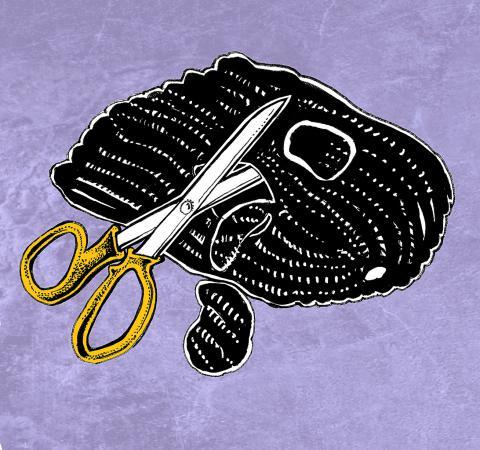 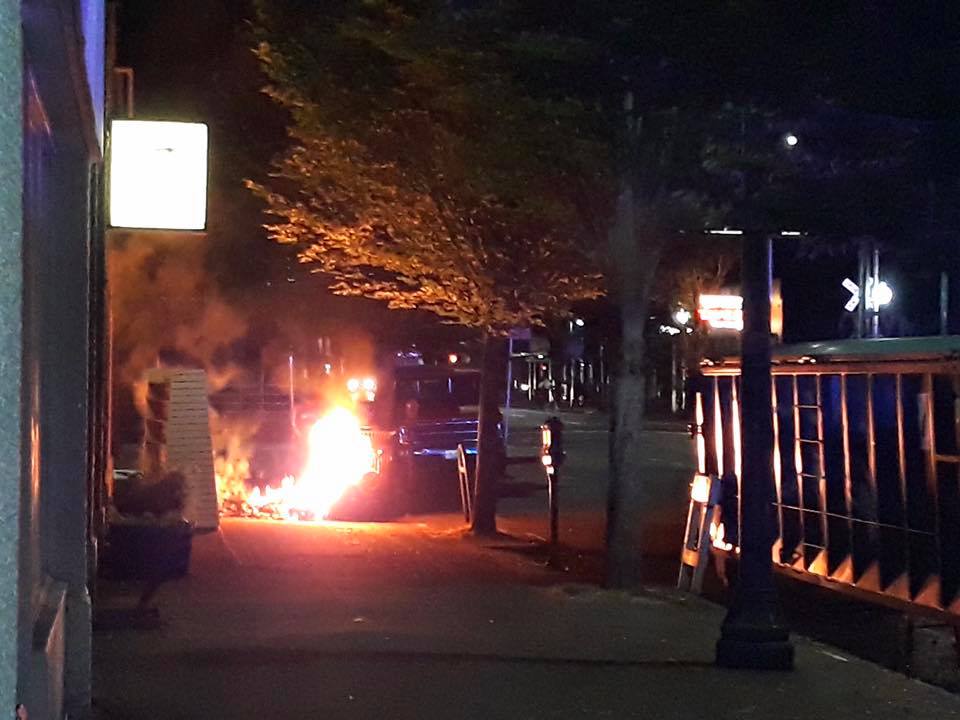 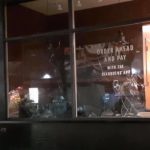 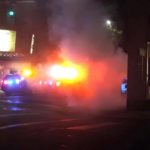 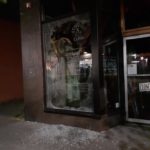 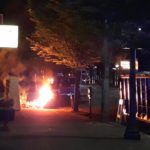 What started as a day of chill BLM marches and fuck the 4th dance parties gave way to one of the most intensely destructive nights I think I’ve ever seen in Oly. Around 10:30ish a crowd of around 40 in all black assembled at a fountain at one end of town. I wasn’t really sure what the vibe was gonna be for the night, for Olympia a 40 deep black bloc (or march in general) is pretty big but it never feels big enough, so I was anxious. I looked up at the full moon illuminating our gathering and found some strength and comfort in that. After a few minutes of milling about some people began to chant “NO COPS, NO PRISONS, TOTAL ABOLITION” and the march took off.

Immediately when we got to the first building on 4th graffiti began to go up, windows were getting smashed, and fireworks were getting set off non stop. The energy was joyous and fierce in a way I rarely experience here. Parking meters were getting sabotaged, tags of “ACAB” “Black lives matter” “Abolish OPD” “Death to America” “RIP George Floyd” were going up everywhere.

As we approached the City Hall and Police Station people began a spirited chant of “Death to America!”. Fires were getting started. When someone was starting one, someone in the crowd yelled “Repeat after me! I didn’t see shit!” To which the crowd responded, “I DIDN’T SEE SHIT”.

When we got to the city hall and police station, the reinforced glass was greeted with a barrage of stones and chunks of concert that smashed holes through it. A hole was smashed in the door of the police station which someone used to reach in and open the door to let people tag. It was absolutely beautiful.

At this point two pig cruisers rushed towards the crowd and we retreated down a side street throwing things at the cops as we went. At this point parts of the crowd split off, but a sizable chunk kept going back down 4th and up capitol, continuing to smash and tag as they went. This crew made its way all the way to the city jail – the so called “justice” center – on Plum and smashed some of the city vehicles they keep parked outside before making a clean get away.

At the point of writing this, no arrests have been made <3 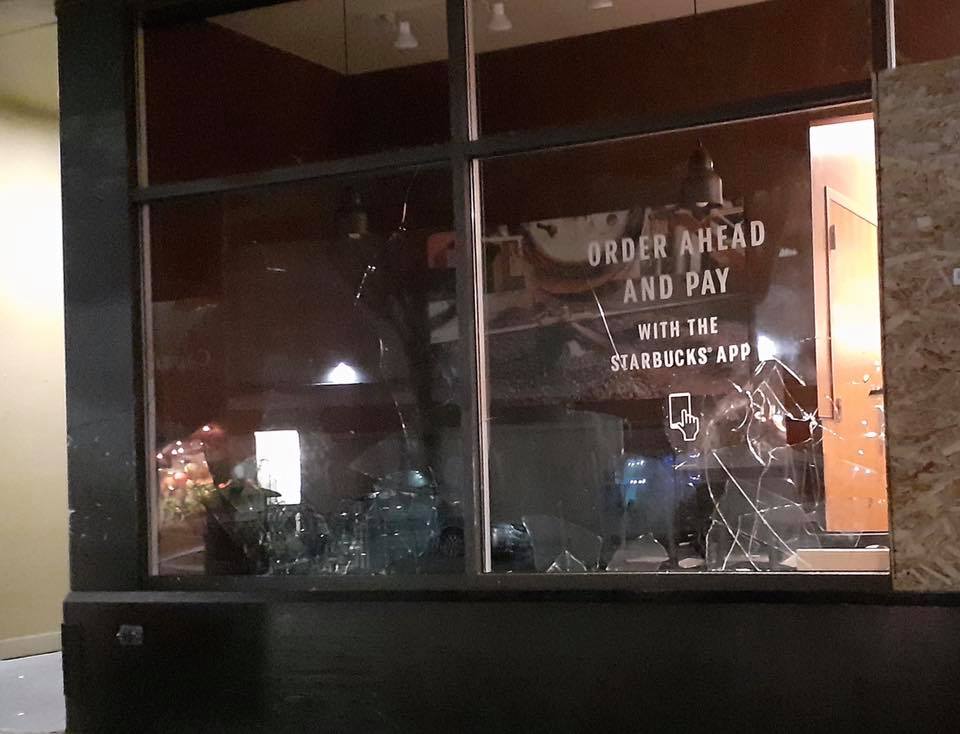 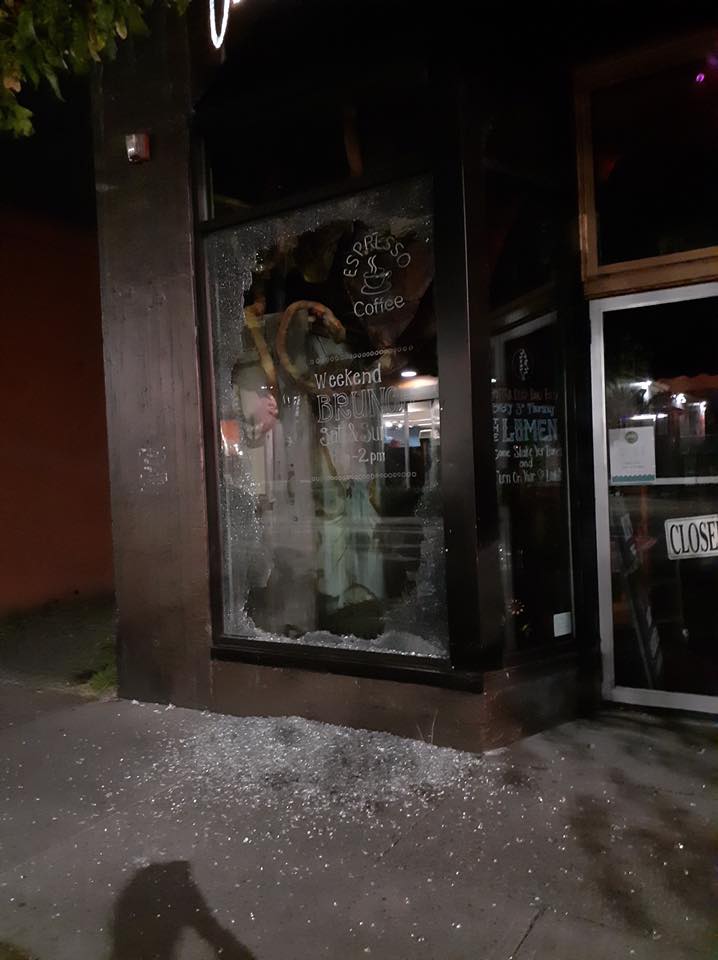 The genocidal project of colonization known as the “United States of America” is in its death throes. Antagonists in Olympia celebrated and attempted to hasten its demise last night (during what was hopefully the last “4th of July” ever) with several different events throughout the evening and into the night.

The evening started with an extremely chill and fun “Fuck the 4th” generator dance party in a park downtown with live DJ’s, fresh tamales, and good vibes. We enjoyed the pleasant early July weather as we chatted, danced, admired each other’s party outfits, and ate and drank with old and new friends.

Next up was an extremely rowdy march through downtown – possibly the most destructive we’ve seen here in the last decade. As soon as we hit the streets people started throwing up graffiti and smashing out windows. Memories of years of fighting with peace police and liberals in Olympia faded as it became apparent that everyone was down as fuck and extremely ready. Expensive businesses, banks, that one Starbucks that keeps getting got, that condo building that marked a turning point in Olympia’s gentrification, some fucking olive oil and vinegar boutique – all were gleefully attacked. The holes in the windows at Starbucks were big enough that the cops sent officers out to guard the building from getting looted. Multiple massive windows were broken at Olympia Coffee Roasters – the site of peak PNW liberal curated-for-instagram-aesthetic capitalist bullshit – while “GENTRIFICATION = DEATH” was painted on the front of the building. Across the street, others got to work on city hall and the cop shop while a dumpster fire burned in the background. As of mid-day today the city hadn’t even begun boarding up the innumerable shattered windows at city hall, although the “Fuck the mayor” tag was buffed. We love to see massive holes in the cop shop door in the middle of the day!! Apparently at least some of the march eventually made it to the city jail on Plum Street where more shit was fucked up. A cop was heard on the scanner saying they were having a panic attack and needed a break. There were no arrests.

A couple suggestions for future conflictual marches: fireworks, flares, and smoke bombs can create a visual barrier between a march and the cops or other enemies, plus they’re fun and pretty. However, fireworks should be deployed at the rear of the march with care that they don’t hit other marchers. Friendly fire is a bummer.

Rocks are in short supply in downtown Olympia. It sucks to get caught unprepared with no projectiles if an opportunity presents itself! Consider loading up your pockets ahead of time with rocks from elsewhere or finding other materials to bring that can accomplish the same task.

The final event of the night was a victorious bonfire away from downtown until the sun started coming up again. Close to 100 US flags were set ablaze. With every flag added to the fire, we shared the name of a martyr or survivor in the centuries-long war against white supremacy and colonization. The bonfire was a beautiful mix of raucous joy and somber contemplation.

During the current uprising against white supremacy, we’ve found a few things to be particularly inspiring here in Olympia: beautiful new relationships forged in struggle, the disposal of the peace police, and the simultaneous joy and rage and care and friendship that we are showing for each other.

A-Radio Berlin – Week of Solidarity with the Political Prisoners