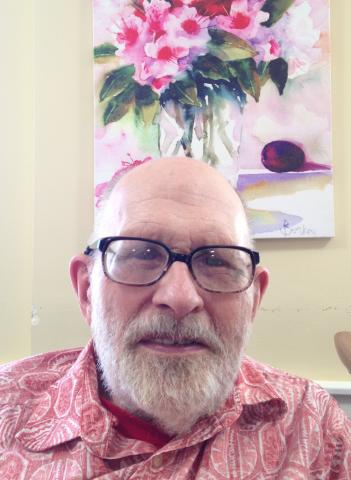 Robert John Erler, III, 82, died March 26, 2020, at an assisted living facility in White Plains, New York. He was a longtime member of the Atlantic Anarchist Circle and an organizer of the NYC Libertarian Book Club’s monthly Anarchist Forums. Those of us who were part of the NYC anarchist community in the 80s, 90s, and 00s will always remember Bob’s warmth, commitment, and service.

Bob Erler, who was born December 28, 1937, in Baltimore, MD, spent most of his childhood in Nutley, NJ where he and his parents lived in a section of a multi-unit home owned by his maternal grandfather. In addition to his grandparents, other family members who lived on the property included an uncle, aunt and cousins. Home movies show scenes of dogs, chickens and kids running and adults preparing snap green beans.

Bob attended the University of Notre Dame (Indiana) where he earned a Bachelor of Arts in Philosophy (with coursework in Mathematics) in 1960 and a Master of Arts in Philosophy (with special interest in Phenomenology and Social Philosophy) in 1966. It was as a student at Notre Dame (ND) that he met Mary Carpenter (while she was a student at ND’s sister institution, St. Mary’s College); they married in 1963. They moved to Austin, TX in 1966 where Bob later enrolled at the University of Texas at Austin and earned a Master of Library Science in 1975. In 1981 the Erlers moved to the Bronx, NY. Bob spent the next decades as an academic librarian for a number of area institutions including: the College of New Rochelle, Manhattan College, William Paterson University of New Jersey (formerly William Paterson College of New Jersey), Long Island University, and Metropolitan College of New York (formerly Audrey Cohen College).

Bob’s influences included Dr. Willis D. Nutting (professor and co-founder of ND’s Program of Liberal Studies), The Green Revolution (a book by Mildred J. Loomis) and television talk shows. Through his life he acted on these influences by writing and organizing educational experiences, discussion groups and activist events, including: co-organizing Greenbriar School (Texas) and contributing to “The Rag,” Austin’s Underground Newspaper in the 1960s. He also wrote “A Guide to Television Talk” for the book Television Talk, A History of the TV Talk Show, by Bernard M. Timberg (2002) and compiled a booklet bibliography entitled “Anarchist Booklist,” published by New York’s Libertarian Book Club in 1993.

Bob is preceded in death by his parents: Robert John Erler, Jr. and Wanda (Judycki) Erler and is survived by his wife (Mary) and children (Susannah and John). Bob’s final resting place is in the Bloomfield, NJ family plot his grandfather obtained in 1921. In lieu of flowers: Bob would have wanted his friends honor his memory by spending funds on things you need during this pandemic. If you wish to consider supporting some of the causes that Bob supported and/or resonated with, they include: Catholic Worker nonprofits that help those in-need, alternative journalism projects and public broadcasting.