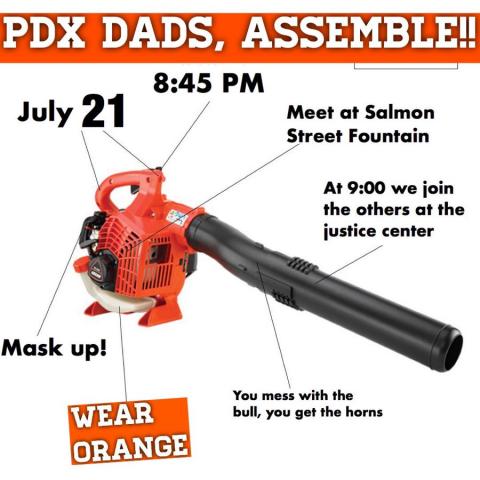 I’ve been watching what’s going on in Portland with a mix of fear and excitement. It’s impressive to see tactical faceoffs with the goons of the state, watching protesters taking the offensive, being tactical, and doing something that looks, in some small way, like winning. Having company doesn’t hurt either, as the backlash against the federal government deploying armed forces to the city has turned out a whole layer of liberals to come out to the party as body shields/teargas-clearers.

At the same time, I can’t help but remember Uncle Ted’s essay in which he states, “If a man punches you, you can’t defend yourself by hitting back at his fist, because you can’t hurt the man that way. In order to win the fight, you have to hit him where it hurts. That means you have to go behind the fist and hit the sensitive and vulnerable parts of the man’s body.”

We’ve witnessed some incredible protest movements which included cops among their targets in the recent past, including the Arab Spring and Hong Kong in which cops as well as their families were attacked and whose protest tactics are reflected in some of the strategies we’re seeing in Portland now. In both cases, punching the fist was a short term tactical move used to free up areas from state control, but at least in the case of the Arab Spring (as in the case of Egypt) the fist outlasted the physical destruction of police stations and disarming of officers and the protesters ended up being arrested and brutalized once it reasserted itself.

What does it mean to fight the cops in this moment? Are we just punching a fist? And if we are, what is the value of that punching? How can we punch harder or more effectively?

Alternately, should we heed Uncle Ted and punch somewhere else instead?

Tags:
totw
topic of the week
Portland
the police
not the band
strategy
war on society

Collective Care Is Our Best Weapon against COVID-19