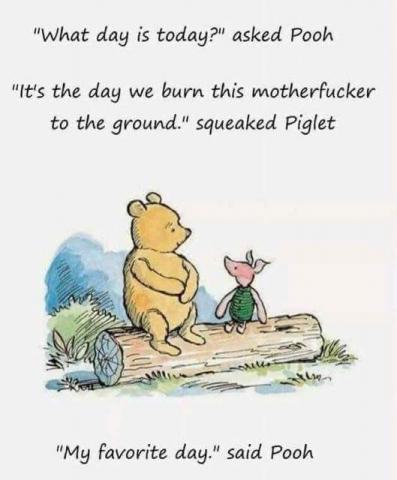 Some reflections from a town under curfew, as further authoritarian measures are imposed.
Today The Guardian – which has taken an unapologetic deep-dive into asserting liberal obedience as its M.O. – runs a headline that ‘Tighter restrictions bring relief to Melbourne locals’ , with the tagline that “the sense of structure provided by the new lockdown plan has comforted many”. A comforting sense of structure!? Who are these people? I guess i’m not that surprised, liberals have always been the likeliest bootlickers, the ones preparing the confetti at the sound of imminently approaching goose-steps.
Down here there’s a strange Stepford Wives-esque, idyllic suburban calm hiding the darker scenes. An implicit consent to creeping authoritarianism. An attempt to flatten social contradictions as the comfortable, but always anxious and fearful meditate on their mantra of “we’re all in this together”. Ohm.
The liberal, middle classes so in awe of ordered goodness at the expense of messiness and loitering that they’re quite content confined to their comfortable houses, only leaving for paired runs along the Merri Creek trail and for trips to the organic supermarket for vegan ice-cream, at home by 8pm for netflix and sleep by 10.
What happens if our desires or our afflictions can’t be contained by such a proscribed life?
I’ve been thinking about the differences between the USA and here in regards to (anti-)authoritarianism and resistance. I recognise that in terms of COVID, in terms of any expectation of a social safety net, in terms of increasing fascism, shit is much scarier there. But on the flipside there are also much more diverse, organised and active cultures of resistance. And basically, at least people are having a go.
I’ve also recognised that the extrapolation of Victoria’s population to that of the US, gives a much scarier perspective to the COVID figures here. Yeah, I think this virus is real and dangerous. But still, what’s preferable? An ‘everything is fine’ calmness while police control the streets or the on-the-surface fault-lines that visibly exist over there?
Let’s line up some of the things people here are quietly accepting and falling in line with right now:

I would like to predict that this will all end in riots but, in this country, it doesn’t seem so likely.
For those of us who are struck ill by these authoritarian measures, the panacea is supposedly that this is merely a temporary suspension of life to make sure we collectively pull though. That might be fine, but if (a big if) the virus is under enough control in 6 weeks to lift some measures here, it certainly will not mean an opening up of borders back to even the hyper-militarised and carceral form that they previously took. We can also be sure that the police won’t be giving up the power they have gained too easily.
The science we’ve come to rely on rightly cannot give definite answers about the eradication of the virus and, instead of a temporary suspension, it promises a ‘new normal’. A permanent state of emergency with enforced social distancing.
Even if a vaccine that contains COVID-19 does come into existence, the collective psychological stains left by the fear of the next source of infection and the tacit complicity with the shift to authoritarian control will have engendered a nervous, reactionary social form. The space to act and move within that will be more limited than ever.
That is to say, there’s no point waiting for what next, there isn’t a future moment coming to save us, we have always already been living the ‘new normal’. So we’re going to have to start acting from here, acting like this is a permanent regime change that is currently mapping out the forms of living that are most sustainable for the continuation of things, even if they are the most devoid of actual life.
(via Darkness Outside)

Mutualism — The Wolf in Anarchist Clothing

The rebels will return