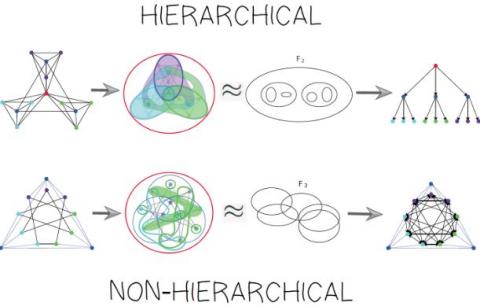 So, it has been a while since I made a blogpost here, but it’s not like I haven’t done anything in the meanwhile.
My booklet “Mathematical Anarchism – Root out power so that freedom can flourish wildly” is now available in three languages – English, Dutch and French. It summarizes the main insights from my PhD in easy language, aiming to understand hierarchy so that we can combat it.

I’ve made a video combining some of my parkour with thoughts about freedom (following the video on “What is Hierarchy?” which I already mentioned earlier).

But well, I am having a motivational dip – as a lot of people are I guess having with the Covid. I’m getting tired of the constant stream of information sugar – while still also remaining drawn to surfing it. And I don’t want to be just another droplet contributing to this flood.
I don’t want to just do things ‘in the void’. At the moment, it feels too anonymous and superficial, making content without knowing whether anyone is seeing it or is interested. The views or like stats are too abstract. I should spread the content I have more, as few people will continuously check this site where not a lot happens (though you can subscribe to get notifications when there is new content). But I don’t really know where, how to play the game (any hints welcome), and I don’t like being self-promotional (hell, I know I’ve put a lot of I’s in this text of mine).
So I’d like to have more profound contact. I still hope to do my Europe tour in October and discuss with some of ya peepz in person (if you’re interested in a workshop, you can always still contact me). But while circumstances don’t allow it, online more direct stuff, like a chat discussion, also interests me.

At this moment, I want to do something WITH other(s), buiding something together. Where I can significantly shape the direction (not just being a ‘worker’), but where I’m also not just asking for feedback or other stuff (where the other is more than just a ‘worker’). Where other(s) also get something out of what I do. Finding motivation purely within myself is hard, and usually it easely goes to solving riddles and playing language games.

Now, it’s not like I’m lacking ideas, both for more collective stuff as for content I could create. In the following they’ll be summed up, let me know which ones make you enthusiastic, both to be involved in as to read about.

There is also some possible content I could create, some of them still have some blockages:

So I’d like to hear what what you ‘d like to see: more in the form of stories, or rather analysis? Abstract things, or more applied to a specific situation (like with the ‘Possibilities after corona‘-post). Maybe more personal stuff, maybe other subjects, …? Rather text, or rather video, or another format?
And would you be interested in a chat group, a conference, an alternative economy or a course?
So don’t hesitate to reach out, as a comment or by contacting me – to discuss some of these ideas (or others), to let me know what you think, …