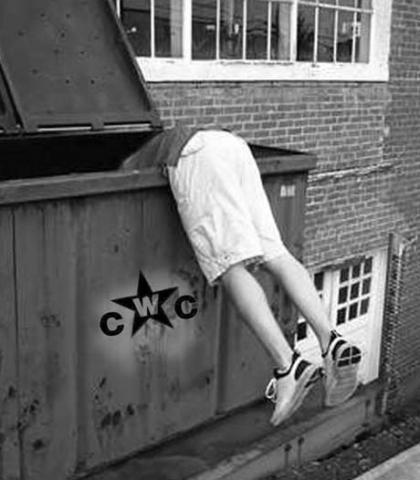 These are notes from a Reddit debate on “lifestylism.” They are by no means an exhaustive critique of Bookchin’s most divisive text, but perhaps they give some reasons to believe that more is not necessarily needed.

Looking at Social Anarchism or Lifestyle Anarchism: An Unbridgeable Chasm, these problems jump out immediately:

Part 1: Bookchin makes his sweeping statements about the two tendencies in the anarchist tradition, focusing on what he thinks of as “[a]narchism’s failure to resolve this tension, to articulate the relationship of the individual to the collective, and to enunciate the historical circumstances that would make possible a stateless anarchic society.” And then he proceeds to place Proudhon, the theorist of collective force, in the “personalist” camp, presenting an ungenerous reading of a single, decontextualized quote in place of an argument. In the process, he repeats the familiar claim—at best poorly supported by Proudhon’s own work—that he was proposing primarily a society of small producers. Nobody is forced to make generalizations about “classical” anarchism, of course, but if you decide to do so, it would seem that at least understanding the argument behind “property is theft” would be advisable. His treatment of Bakunin is similarly one-sided and if his claims about the intolerance of some anarchist communists and syndicalists to anarchist individualism are true as far as they go, they certainly don’t catch any of the complexities of the relations between anarchist tendencies in the early twentieth century. In the section on “Individualist Anarchism and Reaction,” he shows his prolier-than-thou disdain for most of the cultural expressions of anarchism, makes some dark and potentially icky comments about “outrageous behavior and aberrant lifestyles,” and then goes on to make the baffling claim that anarchist individualists weren’t much into theory.

It’s a bad start and yet he obviously wants it to stand in as a kind of foundation for the rest of his argument, staging the great manichaean battle he imagined he was part of.

Part 2: The distinction between freedom and autonomy was one of Bookchin’s favorite ways to attack anarchism. It features prominently in works like “Anarchism as Individualism” as well. In that essay, he tries to tar both Proudhon and Kropotkin with the brush of “individualism,” mostly on the basis of a phrase—“a federation of autonomous communes”—which he treats as broadly representative, but does not, despite the quotation marks, seem to attribute to anyone in particular. So it’s not a good use even of an isolated quotation, while it pretty obviously doesn’t capture anything particularly central to the thought of the classical figures he wants to target.

And then he just talks about L. Susan Brown’s book, without giving us much of any reason to care.

Part 3: Having failed to establish the grand narrative with which he would undoubtedly have liked to frame these later attacks, they all come across as a bit puzzling. He goes at Hakim Bey’s work, not just like someone determined to get the joke wrong, but like someone who doesn’t seem to even acknowledge that a provocation has been made. In any event, treating the fun-and-games in a work like T. A. Z. as if they had appeared in the pages of whatever CNT paper he thought was a properly radical publication is, at the very least, a significant critical error. In the section on “Mystical and Irrationalist Anarchism,” he immediately leaps from a offhand reference to “Rabelaisian delights” to a surprisingly literal detail from Gargantua and Pantagruel, which he then seems to turn into the basis of an argument that folks who like to “feast, and run naked, dancing and singing” might not also like to cook. And then he gets into another not very compelling artistic dispute, as if a snarky appropriation of Goya was the thing we really needed to know about Fifth Estate.

Part 4: Bookchin indulges his habit of comparing people he disagrees with to nazis, engages in a bit of potentially useful discussion of Mumford’s project, and then makes his own pitch for technological society. George Bradford and Fifth Estate sort of get lost along the way.

Part 5: More of the same, with perhaps a bit more coherence in the attack on Zerzan.

Part 6: Conclusions for which we really haven’t seen a coherent argument, plus the plug for Bookchin’s “Democratic Communalism.”

And, honestly, it’s exhausting every time I’m forced to try to make sense of what Bookchin thought he was accomplishing with all of this. It’s the sort of thing I would get from students in my teaching days, where obviously there had been strong feelings involved, but perhaps not an outline.