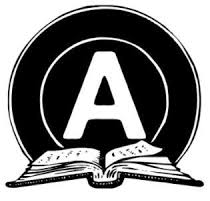 On when solidarity turns us into accomplices and we smile happy to be there. Fight against repentance!

Brief words answering the call for international solidarity with the anarchist prisoners of the world. An instance of anti-prison reflection.

It has been a little over a month since the comrades Mónica and Francisco are in preventive inprisonment accused of being responsible for various actions that attacked figures of the state power. It is not the intention of this statement to discuss their innocence, because as enemies of the State and its institutions, we do not identify with the sense of “justice”, much less with the moral system of innocence and guilt that offers the service of truths and their juridical forms. Nor will we use the convenient concept of «Frame-up» to refer to the way in which the state and the government attack and act against the comrades, since we have never considered this spectacle (together with the fetishes, sensationalism and expiring apologies) as a defense parting from the presumed innocence of anarchists.

As some were saying out there “Neither guilty nor innocent, only anarchists” or “guilty or innocent? Anarchists!”.

We share the recent reflections that Mónica and Francisco wrote regarding their arrests, the struggles and their consequences.

We always embrace the anarchic reaffirmation of what we believe in, their blows and counterattacks, and we are proud to hear the revolutionary conviction that is held in the face of punitive punishment, even – regardless – if they are considered innocent or not from any political spectrum, because we believe that innocence in these cases is nothing more than a misunderstanding of the repressive uncertainties or certainties of those who consider themselves to be at war with the state, since recognizing the potential danger of what we believe is a sufficient argument for power to initiate and articulate its persecutions, murders and confinements against those who make attempts for freedom and the defense of life. And well, we have to clarify, that our idea of “attentat” is committed beyond an explosive impact, rather, it comprises a wide and multifaceted field of actions, sensations and gestures that endeavor to take on the challenge of autonomy in coexistence with the fight against the established. By this we mean that we consider an explosive device just as dangerous as a book, just as vindictive is an action in memory for a fallen comrade as is solidarity for prisoners, just as dangerous are squatted spaces and libraries as is the presence on the street with rallies and demonstrations, and more examples in a not so long etc that we find it necessary to discuss and rethink from the political and insurrectional, as well as from the affective and the social.

We consider all these notions of dangerousness to be immediate expressions of direct action and we attribute violence to them when we assume their consequences. We believe it is necessary to shed the armed imaginary and its various explosive connotations when forming our impressions of what we are building and its respective repercussions. This does not mean that we do not vindicate actions that are carried out by way of arms or from the initiative of the traditional “attentat”, on the contrary, we are happy to see how power structures, their symbols and accomplices are attacked, but we also believe that the importance and dangerousness of what we do expands to a large extent from the convictions that we deposit in said actions, as individuals and/or collectives, in the unconditional force for what we believe, in its broadest anarchic sense, which can comprise an initiative or project in the war against power. It is the personal decisions that we take in our continuous motivation for destruction, which is expressed in the different faces of the struggle, its consequences and lessons learned. It’s a matter of commitment to oneself, the character which is imparted on and determines one’s actions.

We always lament that comrades fall into the hands of the jailers and for this reason we always show solidarity so that their promptly freed. Never defeated! Because jail is not the end of principles, much less a glorious achievement for someone’s “journey”. To think of the confinement as an act of recognition or glory for the individual, is to continue reproducing the classic figure of the martyr that the left used to project on political or subversive prisoners, in addition to aggrandizing, through the construction of a heroic imaginary, the individual just for their condition of prisoner. The iconoclastic feeling provides us with the destruction of the Martyr and its vertical content vindictive of the Image.

We do not demand that the state reconsider its actions, we do not expect anything of what they call justice or common sense. We do not relax or stop attacking because of the “humanitarian” conditions that democratic states presume, even if they agreed to uphold “human rights” through international pacts. One of the “most ingenious tricks of the state” is to make believe that the system, however imperfect it may be, is going to change. Under this premise, can prisons, no matter how reformed they are, be reconfigured to such an extent that they are no longer considered centers of extermination? For some, this answer could be answered with a half “yes”, perhaps due to the hope that they have for better conditions within confinement or the absence of gendarmes in the processes of social “reintegration”. The truth is that we do not share the idea that the prison, no matter how much “improvements” made to it, for the wellbeing of the prisoners, can be transformed into something other than an extermination center. Even so, we stand in solidarity with those who mobilize for their own people under these expectations and parameters, not sharing the discourse of reform but accompanying them with destruction of prison society. This will never mean abandonment for those who mobilize down that path, whether they believe or not in the guarantees of the judicial system, whether they believe or not in prison reform, whether they believe or not in innocence. We always make the call to be present and active for the prisoners of yesterday and today, because “whoever forgets their prisoners abandons the struggle”

Currently there are coordinators, networks, organizations, collectives and individuals that have made an outstanding effort to maintain an important communication node between the prisoners and the outside world, in addition to constantly agitating against the prison and making visible the crap of the institution that is prison. It is the existence and constancy of this anti-prison solidarity in the practical field that allows a more “bearable” prison for those who survive inside, the fact is that each gesture makes a difference, for them, for oneself and for the torturing intentions of isolation, because we do not keep silent, we do not give truce to abandonment, on the contrary, we attack and hit it where it hurts the most, with the always unbreakable support networks, because as they say out there “solidarity is a weapon”, and there are recent examples of that in our anti-prison history, of having seen comrades locked up for the simple – but never passive – act of presence, so as not to forget and continue for them, with more rage, in the path of anarchy and its bright flashes.

The week of international solidarity with anarchist prisoners always brings us a deep sigh, as it is a reminder that there are still imprisoned comrades around the world and what is frustrating: the conservation of the punitive structure and its prevailing logic in prison society, where punishment is considered as the tool of the so-called reinsertion. Here in the territory dominated by the Chilean state, over there in the territory dominated by the Spanish, French, Italian, Indonesian, Belarusian, North American, Greek, English, Portuguese, Chinese, Mexican states, etc.

There are still imprisoned comrades from the various anarchic tendencies we feed on and discuss. We consider communication (by whatever means and -in-formality) to be vital and retribution against distance (reflections, greetings, reminders of the wide world in which we live), in the so-called internationalism from which we always keep ourselves company with texts and actions that are shared without recognizing borders and that encourage us to remain present on the insurrectional path and dialogue.

With much more to say, long live anarchy!

A strong greeting to the comrades Monica, Francisco, Joaquin, Marcelo, Juan Aliste, Gabriel Pombo da Silva, Dinos Giagtzoglou, Christos Rodopoulos, Anna Beniamino, Marius Mason, Marco Bolognino, Mumia Abu-Jamal, to the anarchic comrades of Santiago 1, and to all those who are on the warpath!

An affectionate call to show solidarity with the Mapuche communities at war and their Political Prisoners, several currently on hunger strike. (PPM)

In memory of Mauricio Morales and Xosé Tarrio

From the territory dominated by the Chilean state,

The Attack on Exarchia, an Anarchist Refuge in Athens