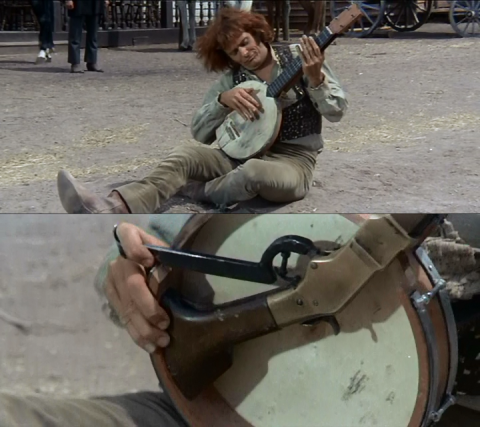 via Center for a Stateless Society

Individualism, community, self-sufficiency, self-reliance, and faith are the values of the people of Appalachia. It is in these values that we find an anarchism that has existed in the cities and rural communities for decades. However, most Appalachians don’t refer to their culture as such, but it carries many of the same attitudes and beliefs as anarchism. .This fact is further obscured by the pressure to view political beliefs through an electoral lens.

Appalachian anarchism is a syncretic philosophy that combines Christian anarchism with individualist anarchism along with aspects of traditionalist conservatism and agrarianism. It is Christian anarchist in that faith is held dear to Appalachians who let the Bible guide them, despite 70% being unchurched and their native Christianity being decentralized and opposed to religious hierarchy and established churches. It is individualist in its opposition to communism and acceptance of self-reliance and self-sufficiency. It is traditionalist conservative in its views of social issues, being opposed to abortion and supportive of the traditions of the mountains among others. It is agrarian in its support of the back-to-the-land movement’s components, namely smallholding, self-sufficiency, community, and autonomy. All these mix together to create an individualist and conservative anarchism.

Appalachians live this conservative anarchism everyday. Many spend their whole lives without interacting with a government or anything close to it. Wallins, Kentucky doesn’t even have a government (as a result of its being demoted from a city to an unincorporated community back in 2010 after failing to elect a mayor in 2008) and Harlan, Kentucky has a mayor who’s a non-presence most residents don’t even know the name of.

Many smaller unincorporated communities dot the Appalachian landscape, living peacefully without a local authority. There are 62 of these little communities in Harlan County alone. The only government presence is the Harlan police and they only seem to patrol the streets of Harlan (though I only lived in Baxter and Wallins so I’m open to corrections). There’s also a post office (though some of these communities don’t have that anymore) and the Harlan County Rescue Squad. Other than Wallins’ volunteer fire department, that’s as far as government presence goes. These unincorporated communities are small and anarchist and are a key characteristic of Appalachian.

In contrast with this reality, many people still see Appalachia as a hotbed of conservatism. But that’s only those who vote and, even then, their personal views are nothing like the views of the candidates they vote for. If you average the turnout of Kentucky’s 5th district, Tennessee’s first three districts, and Virginia’s 9th district (all of which make up Central Appalachia), you’ll find that only 42% of residents there vote (a number I found by taking the number of votes last election, dividing it by the total adult population, then adding up all five percentages and finding the mean). In the 2018 midterms, 47% of Americans voted. Considering that even those who do vote don’t always agree with their choice, you’ll find that Appalachia as this conservative hotbed is nothing but a myth.

The only thing preventing Appalachians from calling themselves anarchists is that they don’t know what that means. Anarchists forget that the large majority of Americans know nothing about anarchism or the philosophies of Benjamin Tucker and Lysander Spooner, William Greene and Stephen Pearl Andrews, or even Pyotr Kropotkin and Mikhail Bakunin. The few who do associate it with violence.

Some will assume that Appalachian anarchism can’t be anarchism because of anarchism’s association with labor. And if we see Appalachia as conservative based on its voting record, that must make it anti-labor as well. That is far from the truth. Appalachia has had labor disputes for decades and its people are always on the side of the worker. Bloody Harlan, a war between coal miners and coal operators in 1931, was a deeply Appalachian struggle. There were movies about it and it’s one of the most well known labor disputes. Harlan even had a protest against Black Jewel last year.

Anarchism is as Appalachian as poke sallet. It is not the progressive kind championed by contemporary anarchists but it is something Appalachians know well and is something anarchists should capitalize on. Appeal to Appalachian values and relate anarchism to places like Wallins and Harlan and explain how it’s not different from their lives now. That’ll expand anarchism to these mountains where it would grow and blossom.