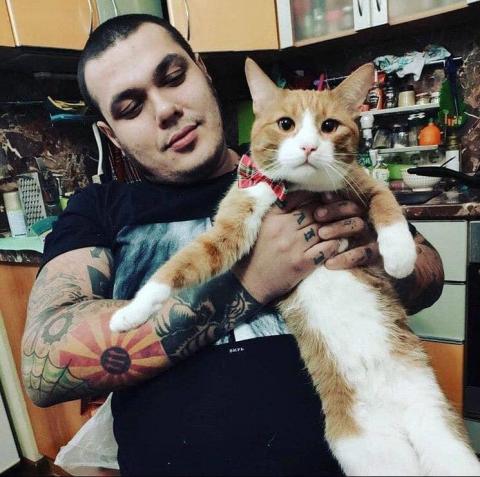 via The Russian Reader

Alexei Sutuga, a former political prisoner and one of the most distinguished activists of the antifa movement, better known in Moscow by the pseudonym Socrates, died on the morning of September 1, 2020, at the Sklifosovsky Institute of Emergency Medicine in Moscow.

Since the Saturday before last, Alexei had been in a coma after suffering severe head injuries during a nighttime criminal assault in the vicinity of the Baumanskaya subway station in Moscow. His relatives and friends had been raising money for his treatment all this time. Now I guess we’ll have to raise money to support his mom.

You see, I started this text according to all the rules of news journalism. But actually I’m crying my eyes out.

Socrates was one of those rare people, strikingly intelligent and sensitive, who, it seems, you do not expect to encounter in the radical (anti)political and countercultural movement. Among people who need to think quickly and act quickly, as in war, how often you meet a poetic soul, a person who is ready to listen carefully, think over what others have said, respond to someone else’s pain and, more generally, to the particulars of another person’s state or condition? Socrates was that kind of person.

I will probably be updating this text, adding details, like bank account numbers, if necessary. Now I can’t even figure out exactly how old he was… Thirty-something. He was a big, strong, reliable, kindhearted guy from Siberia, an anti-fascist, an anarchist, a real hero of the working class who knew how to list, think, make decisions, and act.

I’m sorry we didn’t save him.

Photo courtesy of Alexander Chernykh, who reminds his readers that Alexei Sutuga’s book Socrates: The Prison Dialogues (in Russian) is available for free download. If you would like to help the Sutuga family pay for his funeral and outstanding medical costs, you can send money via PayPal to his mother, Olga Nikolayevna, at https://www.paypal.me/sutugaolga. Translated by the Russian Reader

Dundee Anarchist Bookfair is happening on the 14th of March!