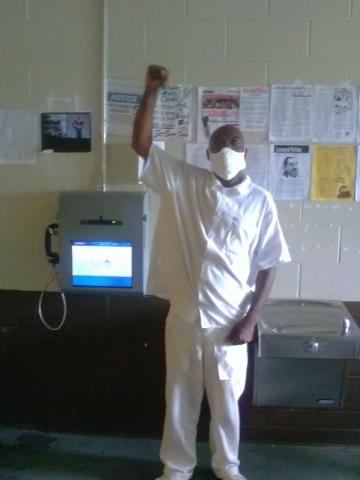 via It’s Going Down

The following is an update on a rolling prison hunger strike in Alabama. To support fundraising efforts towards Michael Kimble’s release, and learn more about him, go here.

Clio, Alabama on 7/18/20 in protest of the inept mishandling of the Covid-19 crisis, lack of outside yard time, lack of access to the law

library, lack of access to immune-building foods and fruits, lack of clean fresh water, the refusal to release all vulnerable prisoners being held, lack of proper testing and quarantining, and a lack of disinfection.

Several other prisoners joined in and the strike has now ended as of 8/5/2020 after some prison officials capitulated on some of the demands like providing oranges, apples, and other fruits during regular meals, implementing a new yard time schedule (we are going outside), giving access to the law library, and making bleach and other disinfecting agents available.

There have been some releases, but I doubt that the hunger strike caused those releases. Thanks to all who participated in the phone zap. And stay tuned, there are more actions to come in the fight against authoritarian tyrants.