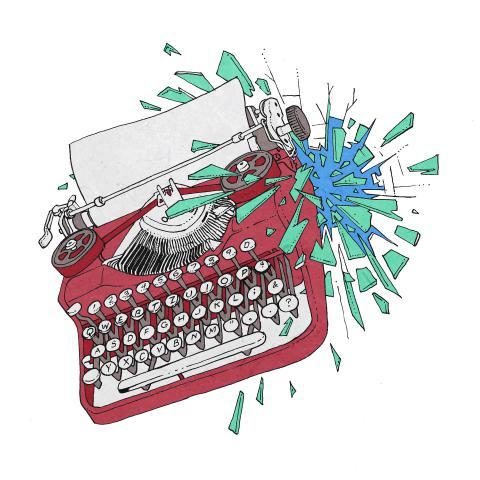 To ignore and forget the declaration of Martial Law, the infamous yet eclectic day of September 21st of 1972 that continues to govern our social consciousness is to reject outright what has made us people of this archipelago. It would be catastrophic to do so while many of its guiding principles continue as state policy. Crony companies are still alive and kicking, controlling the local economy without competition or consideration for their workers. Local and national politics is dominate by the same players even the children and grandchildren of the dictator. All while the debt and financial ruin that was incurred by the State continues to drain Filipinos pockets dry every year.

Whether we like it or not, the Marcos era, governed through a martial law, is responsible for the injuries, deaths, and disappearances of hundreds and thousands of people, the suppression of the freedom of expression, assembly, and the press, and the rise of insurgency borne out of oppression and exacerbated social inequality. The actions of one strongman, done through his sycophants and attack dogs, have affected the psyche of our society so much that we are still reeling with its repercussions to this day. In fact, one can argue that the Martial Law has crafted the republic we know today.

Simply put, we wouldn’t be Filipinos as we are today if it wasn’t for Martial Law. And that’s the reason why we shouldn’t—in fact, can’t—stop bringing it back to the everyday discourse.

We can’t stop seeing Marcos loyalists, Duterte Diehard Supporters, or the inevitable amalgamations of both camps constantly debating, challenging, and attacking even the idea of Martial Law. They reject the notion of Marcos’ regime being anything but totally benevolent and beneficial to the society in the archipelago. Of course, it’s easy to disprove their arguments once their endless army of faceless Twitter trolls, second-rate former journalists, and contrarian lawyers and opinion writers start using insults the likes have not been seen since Kindergarten. But their disturbance keeps kicking up the dust obscuring the Marcos legacy from modern-day accountability.

We can’t stop the witnessing the rebirth of the Imelda, and Bongbong, and Imee, into political royalty in their own right. We watch them waltz into the halls of power with the blessing of the Chief Executive. This is while it was clear their family were complicit—if not instrumental—in the terrors of oppression and exploitation that became part of everyday life in the Philippines for twenty years.

Yet we also can’t stop listening to the stories of the survivors of Martial Law. Today, they are the activists and organizers who constantly remind the populace of the sins of the Marcoses, of the capitalists who supported their regime, and of the dynasties that were propped up during their rule. They recount the horrors of the military men who turned civilians into guinea pigs for their experiments into finding the worst ways to treat human beings.

We can’t stop the actions of our fellow countrymen to commemorate those whose lives we merely recount and not partake in. Today, those who have an ounce of respect for history kept vigil at the Bantayog ng mga Bayani to reassemble the old and to motivate the young to stop by whatever means they see fit to stop the resurgence of reaction, of the overtures to dictatorship even in the midst of a world-stopping pandemic.

Yet, for those who are aware of the ironies of history, the question suddenly comes up: Why can’t we stop? Didn’t we already do that before? Wasn’t it the point of People Power? Wasn’t it “Never Forget and Never Again,” chanted over and over to the point it defined the new Republic, and its guiding laws, and its guiding figures? Now we ask ourselves: Do they mean anything now that we are living these circumstances again?

The short answer is that nothing really changed after 1986. We talk about revolutions, and Constitutions, and tying yellow ribbons, but once we shed the rhetoric and the facades, we start to see that the systems that were in place, the institutions that were instrumental to rule, and even the characters and playbooks of politics and governance stayed the same. Everyone went back to their everyday lives, but the same problems still manifested itself, demonstrating that changing the King to a Queen doesn’t mean we have removed the throne.

If anything stayed constant, it’s the fact the State and Capital remained intimately tied with each other. Corruption and plunder in its various forms remained facts of life in the every echelon of government. Today we see it in PhilHealth, but this intricate system of patrons, clients, and contractors where politicians can kickback money from public projects, has not changed its form since Republic immemorial.

Another connecting thread is the continuing influence entrepreneurs impress upon politicians in order to protect their property and influence. To this day agrarian reform continues to elude and evade the toilers of the land. This greed was so severe that it was seen immediately after People Power Revolution with the government reaction to peasant protests that were headed straight for Malacañang: the Mendiola Massacre. And this continues on for action against environmental damage and the suppression of information across the country.

Even the phenomenon of “crony capitalism” has returned to public discussion. While it is true that an “oligarchy,” meaning a handful of billionaire families and personalities already own over a quarter of the gross domestic product of the country, the rise of President Duterte also came with the rise of his own set of corporate supporters and backers, such as the owner of Phoenix Petroleum Dennis Uy, whom Duterte supported when he was a struggling capitalist baron. Through Duterte’s “wisdom” he was able to expand his businesses, and become a top donor for the Duterte presidential campaign. He now owns DITO Telecom, a supposed third entry into the telecommunications duopoly of Smart and Globe, working in cooperation with the PRC state telco China Telecom.

Meanwhile, the police and military has continued to be rife with human rights abuses and violations, with a dirty laundry list of red-tagging, detention without basis, extra-judicial killings, and attacks on indigenous land. Under Duterte alone, those killed in police and military operations under the guise of “anti-narcotics” and “anti-insurgency” in thousands and ten thousands.

Yet, Duterte is not unique in this regard. Under Arroyo, armed groups including paramilitary forces were given free reign, notably the Davao Death Squad. It was also under Arroyo’s time that Jovito Palparan, the “berdugo” responsible for the torture and death of students Sherlyn Cadapan and Karen Empeño, and his ilk were allowed to freely persecute those they considered “communists.” Even the darling of the liberals, Benigno Aquino III was not free from criticism, as it was under his administration that slaying of journalists reached its highest since 1986.

And we haven’t even mentioned the pandering to foreign powers that was perfected by Marcos in the run-up to Operation Sagittarius. While Laurel-Langley might have ended in 1974, U.S. bases remained in the country into the Cory Aquino era. The Visiting Forces Agreement and its Enhanced Defense Cooperation Agreement, protecting US soldiers from any responsibility and accountability were signed under Estrada and Aquino III respectively. Duterte takes the cake though, as not only did he prove himself to be the perfect lapdog to the PRC over the years, he showed he’s still an imperialist’s lackey with the release of Marine Scott Pemberton for the murder of Jennifer Laude.

Underlying all of these issues are the only constants in Philippine society: the overall control held by political families and dynasties over business, finance, media, leading to the local and national governments. While dynasties have been around since the dawn of the current system of government, many of those that exist today can trace their rise to power to their loyalties to Marcos and the post-Marcos governments.

Through the power they hold, the ones who are placed into the highest office—whether through rigged elections or strong-armed action—find themselves with the power and machinery of the state to enrich themselves, further their interests, and support those who they deem are useful for upcoming propaganda battles or challenges by liberal, progressive, and radical opposition.

And we cannot rely on that opposition either, because when they are in government, they become the complicit yes-men, if not outright oppressors they campaign so fiercely against when the elections near. Even if with two People Powers, and many more hotly contested elections where decency and democracy are at stake, it will always be “business as usual” for the blood-thirsty military, the blood-sucking neoliberal economic planners, and the soulless demagogues peddling their programs for “change” and “competence.”

The Republic will continue to operate with impunity as long as it exists, which is why it’s even more painful to analyze Martial Law and its implications in our society today. What so many people have fought for, what so many people have agitated against bringing back, what situation we are currently living in is the liberal democratic state at its logical extreme: authoritarianism, dictatorship, state fascism.

So as long as the State exists—and exist it shall for as long we do not act against those pushing their interests and tossing their problems at us—we will always have the specter of Martial Law watching closely behind us from mere inches away. While we have this vaudeville of a democracy entertaining us with bread and circuses every couple of years, hiding behind it is the monstrosity that is the complex of State and of Capital.

It doesn’t matter how democratic our processes are, how responsible and competent the courts, and the departments, and the bureaus may be, how intelligent our Vice President is compared to everyone else in the Executive Branch. As long as we have a government to even speak of, we only need an ambitious enough person with enough support and coddling from abroad and at home, for Ferdy and Rody to rise again.

That is why Martial Law will never be finished. The memories will never be fully forgotten, but merely suppressed. Because we know that with the imperfect system we have, once we cease our vigilance, we will exchange it with our liberty and with our blood. Because we know that if we stop looking back at the past, we will see the ghosts of those who died at the hands of the feared Constabulary, whose khaki uniforms have been replaced with the bloody blue of the Philippine National Police. We will watch as those souls will not find rest as the injustices inflicted against them remained unanswered, and haunt our every waking hour as a society.

The Marcoses have asked why we can’t move on. We respond that Martial Law never really ended. We’re just waiting for the next person to declare it officially, and it’s like nothing changed at all.

Even in the time of a pandemic, when the government’s supposed role as the protector of the public good is most necessary, the State merely rears its ugly head. So you want to see proof that we are still living in Martial Law? Just look outside.