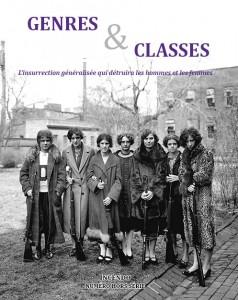 Incendo was a communist magazine and a group based in Avignon, in south-eastern France, active from 2007 to 2012. It published five issues of this journal and, at the end, a special « Gender and Classes » issue which included several articles on domestic work, the family or the French women liberation movement in the 1970’s. This first article, extracted from this issue, was presented as follows: “This text presents the current state of our reflections on the question of the relationship between genres genders and classes. It is also an attempt to synthesize the other articles and texts of this issue of Incendo. It therefore has nothing static or definitive and should be seen as a contribution to a necessary debate.”.
Debate indeed there was. The paper version of this text circulated a lot in France in 2012, mainly in anarchist, ultra-left or autonomous circles, which triggered lively debate, much controversy, and resulted in responses being written. Here is the first English translation.

Capitalism, gender and communism.
The widespread insurrection that will destroy men and women