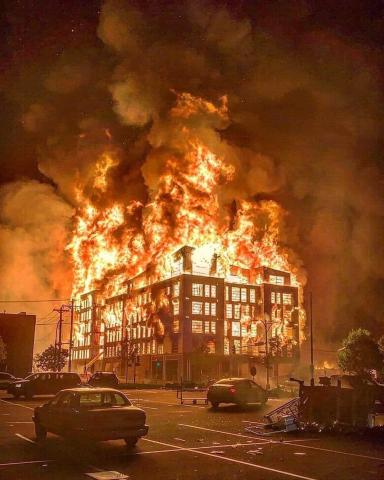 Heroes go above and beyond the call of duty, acting boldly in the face of fear, defying it.
Cowards fail to do what they’re expected, giving in to fear, shying away from action.
Is your anarchism duty-free, or duty-bound?

What are the countless duties imposed by society? Waging war, working, and providing care, all activities that ensure its reproduction and maintenance. Is your anarchism warlike, is it like a work in progress? Is it caring or careless, careful or carefree?

Who does society venerate as heroes?
Those who excel in their line of duty; frontliners: like soldiers, cops, firefighters, medical professionals; and those come to the rescue, rising to the occasion due to circumstance, rather than trade. Isn’t the hero always the good guy?

Who does society vilify as cowards?
Those who refuse to attack as ordered; like draft-dodgers and deserters. As well as those who sneakily attack it; like violent protestors who hide behind masks and incite property destruction, or terrorists with their dastardly plots. It can also deem suicides as cowards. Suicide bombers doubly so.

What is it to be heroic or cowardly in anarchy?
Can there even be such a thing as anarchic duties?

Self-sacrifice for fear of being called a coward is conformism. Maybe heroism and cowardice are merely the carrot and the stick of Duty oercing you into doing as you’re told, or as you’re expected to act. Rewarding you for good behavior, punishing you for bad behavior, enforcing obedience according to the dictates of Morality.

How is anarchy distinct from Christian morality and society’s dominant values?
Can we imagine anarchy beyond good & evil? Where do you draw the line?
Does your anarchy consider terrorism, but not massacre?

In the upswing of revolt we’ve seen this year, we’re seeing everyday people set cop cars and precincts ablaze with great approval from onlookers. Meanwhile anarchists make the best of the spotlight to explain to the public the truth about today’s anarchists. Responding to people’s perception of anarchism as dangerous, distancing themselves from anarchists of the deed in an effort to make people stop blaming everything bad on anarchists. To the degree that anarchy is rehabilitated for the general public, more people will ask themselves: “What’s so bad about anarchy, anyway?”

As the most recent episode of the Anews podcast invites us to reflect regarding a recent NPR segment titled “What is anarchism?”:

“Anarchism is clearly having a mainstream media moment and while I’m not 100% sure exactly what that says about that current moment, it does certainly bring up the question of whether anarchists should shy away from or embrace it in some manner, and in either case, how we do it. Now in terms of this NPR piece, I think we all know it was never going to be great. But the ever present Kim Kelly, the published by Penguin Ruth Kinna, and William C. Anderson as the not totally expected, but definitely expected to be wholesome guests, we get the talking points you’d expect: Anarchy isn’t chaos, it’s actually very orderly, anarchists aren’t bomb-throwing terrorists, anarchists are nice and fluffy people who do mutual aid, etc.

What this will do for the typical NPR listeners’ view of anarchism, I really have no idea. Shout-out to the caller who talked about all civilized societies needing governance. But how anarchists deal with mainstream media, particularly during a time when anarchism has been revived as America’s bogeyman, should probably be a bigger topic of discussion. Does having people like Kim Kelly acting as the face of anarchy allow others to work in the shadows with less interference? Does it means that anything that moves outside that cute and cuddly frame becomes a target for increased repression? Should we be trying to get on mainstream media news outlets to say that actually anarchists do sometimes throw bombs and that’s actually kind of cool because explosions? Many more questions.”